When does a symbol belong to everybody? Gilbert Baker, a Kansas-born artist, intended to answer that question some four decades ago when he began designing the rainbow pride flag that eventually became a global LGBTQ icon.

Baker served in the U.S. Army in the early 1970s before being honorably discharged and settling in San Francisco as the gay-rights movement flourished. He taught himself to sew and began making banners for protests and celebrations. He befriended Harvey Milk, the city’s first openly gay elected official. And in 1978 he was commissioned to design a new symbol for the San Francisco Gay Freedom Day Parade that could be used year after year.

Baker settled on the rainbow. He was moved by the idea that it is not only a natural phenomenon but one you have to be in the right place at the right time to see. Its beauty, he said years later, lies in the fact that it is composed of the colors you perceive as well as those you can’t. And the design was in the public domain, thus allowing the flag to be infinitely reproduced. It had to belong to everyone.

Flags usually tell us where we come from and who we are. Stateless and unbound, Baker’s flag told us who we could be. 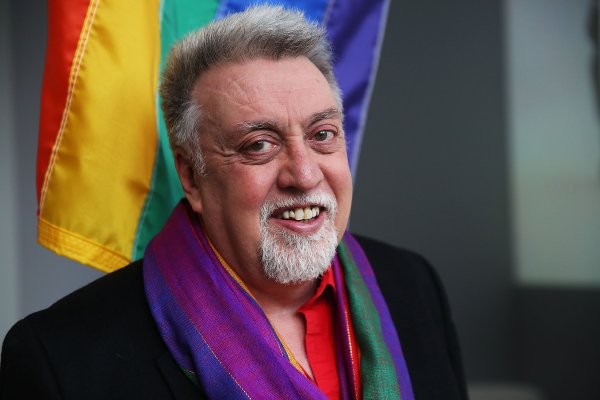 The Man Who Created the Rainbow Flag Died
Next Up: Editor's Pick