Can Trump and Xi Avoid War and Strike a North Korea Deal?

Long before Trump entered the arena, Xi announced his aspiration to make China great again
Kevin Frayer—Getty Images
Ideas
By Graham Allison
Allison is the director of Harvard Kennedy School's Belfer Center for Science and International Affairs and author of the forthcoming book Destined for War: Can America and China Escape Thucydides's Trap?.

Presidents Donald Trump and Xi Jinping have many serious issues to discuss at their upcoming Mar-a-Lago summit, but only one ticking time bomb: North Korea. On the current trajectory, North Korea will likely be able to strike the American homeland with a nuclear weapon before the end of Trump’s first term. From his initial tweet on North Korea as President-elect to a lengthy interview in early April, Trump has declared unambiguously that he will never let this happen. As he put it, “If China is not going to solve North Korea, we will.”

The message Trump is sending Xi is clear: to prevent North Korea from continuing missile tests and building nuclear warheads that could strike Honolulu or Los Angeles, he will not hesitate to order a unilateral, preemptive military attack on North Korean sites.

For Xi and his team, this is almost unthinkable. A U.S. strike (no matter how targeted) could provoke North Korea’s Kim Jong Un to respond with a massive artillery barrage of South Korea and even missile strikes against Japan. No South Korean President could survive without mounting a major response, triggering a second Korean War. Should that occur, U.S. war plans reportedly call for American and South Korean troops to march north to stabilize the North and ultimately reunite the two nations. For Xi, the prospect of South Korea conquering the North and bringing a U.S. military ally to China’s borders is as intolerable today as it was when the first Korean War broke out 67 years ago.

So to prevent North Korea from acquiring the ability to strike the U.S., will Trump risk war with China? Hard as it is to believe, that is the message. Is it just the audacious opening position for which Trump is famous — or would he really follow through? Will Xi and his team believe him? Who can tell? One thing we can be certain about is that Trump is seeking to give Xi every incentive to exercise all the leverage he can to stop North Korea’s advance.

From Trump’s perspective, the Chinese could — and should — tell Kim to stop. “I think they could solve the problem very easily if they want to,” Trump has said. China controls vital lifelines to North Korea, including supplies of oil and food without which the regime could not survive. But from Xi’s perspective, any actions that lead to the collapse of Pyongyang are unacceptable.

In preparation for the summit, Trump and his team have been studying Xi. Who is this man? How has he emerged as the most successful leader on the world stage today? Why do other strong leaders like Putin clearly look up to him? What does Xi really want?

The man’s stunning arc from a struggle for survival in the countryside during the Cultural Revolution to become China’s most powerful leader since Mao Zedong makes him in many ways the perfect foil for Trump. Long before Trump entered the political arena, Xi announced his aspiration to make China great again — or in his words, “the great rejuvenation of the Chinese nation.”

For Xi this means:

Xi calls this vision of a restored China the “China dream.” Overturning China’s system of shared authority, Xi has concentrated power in his hands so completely that he is now known as the “chairman of everything.” He is using this power to pursue the most far-reaching transformation of China’s economy, military and political system in a half-century.

It is an almost inconceivable reversal of fortune. As the son of one of Mao’s top aides, Xi was destined to grow up in Beijing’s “cradle of leaders.” However, he awoke shortly after his ninth birthday in 1962 to discover that a paranoid Mao had arrested his father. Sent to the countryside to be “re-educated,” Xi lived in a cave in a rural village in Yan’an, shoveling dung and snapping to the demands of his peasant foreman. Depressed by deprivation and abuse, his older half sister Xi Heping hanged herself.

Xi chose to embrace the reality of the jungle and was reborn. As one of his longtime friends recalled, he “chose to survive by becoming redder than red” — and doing whatever it took to claw his way back to the top. Xi was nothing if not persistent. The leader of 1.4 billion people and a Communist Party with 89 million members was actually rejected the first nine times he sought to join the party, finally succeeding on his 10th attempt.

Having painted a bold vision of the China dream, Xi is aggressively mobilizing supporters to execute his hugely ambitious agenda. Any one of its four initiatives would be more than enough for most heads of state to attempt in a decade. But, exuding what China scholar Andrew Nathan has described as “Napoleonic self-confidence,” Xi has chosen to address all of them at once.

Does Xi’s ambition to make China great again put him on a collision course with an immovable object in Trump’s America? Stephen Bannon, Trump’s chief strategist, believes so. “We’re going to war in the South China Sea in five to 10 years,” he has said. “There is no doubt about that.” Bannon is wrong: war is not inevitable. But the historical pattern of structural stress between rising and ruling powers known as Thucydides’s Trap does put the odds against us. In the 16 cases over the past 500 years when a rising nation threatened to displace a ruling one, war occurred 12 times.

Great powers can escape this trap. Doing so in this 17th case — the U.S. vs. China — will require statecraft as subtle as that of the British in dealing with a rising America a century ago, or the “wise men” who crafted a Cold War strategy to meet the Soviet Union’s surge without bombs and bullets.

For two Presidents who pride themselves as masters of the art of the deal, is there a potential bargain to be struck at Mar-a-Lago that could contain the North Korea crisis and point Beijing and Washington away from war? Potentially. But it would require both to stretch way beyond positions both governments have taken in the past. And it begins with revisiting assumptions Washington has nurtured for the past two decades.

For Xi, 2017 is the year of political consolidation. His highest priority is stability through this fall’s 19th Party Congress, at which he seeks re-election for a second five-year term and ratification of his nominations to fill the seven-man Standing Committee — steps that will allow him to rule not only until 2022 but perhaps beyond. The last thing he wants, therefore, is to rock this boat. Thus he shares with Trump an intense interest in containing Kim’s recklessness, especially behavior that could provoke action by Trump — at least for the year ahead. Xi’s ideal outcome would be a joint Chinese-U.S. effort that would freeze North Korean missile and nuclear tests without collapsing the regime.

But to help induce the erratic Kim to stop testing, he will want help from the U.S. that could require significant changes in long-standing U.S. positions. The Obama and Bush administrations insisted that North Korea give up all its nuclear weapons and materials as a precondition for negotiations about other issues. Trump may conclude — realistically, in my view — that this demand is delusional. Brute facts are hard to ignore: North Korea has an arsenal of nuclear warheads and is no more likely to give them up than is Israel or the U.S. But the U.S. could focus for the next four to eight years on freezing its missile-testing program and nuclear-warhead production. It might facilitate supplies of food, medicine or even money to North Korea, all of which the next government of South Korea might well be prepared to provide.

If history is our guide, North Korea will cheat when it believes it can get away with it, regardless of what it agrees to now. Nonetheless, when the red lines are clear and punishment is swift, it has at least in some instances complied with agreements for extended periods. As a former U.S. negotiator with North Korea put it, while the regime cannot be bought, it can be rented for a season. And the time is now. As a senior Trump official recently said, “The clock has now run out, and all options are on the table.” 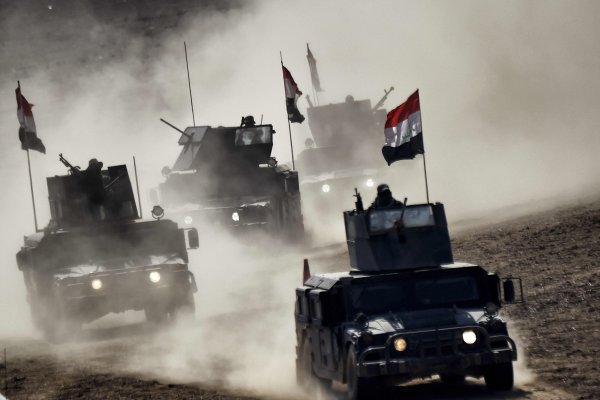