Among the many problems caused by the ascendance of the superhero movie is that the actors who star in them–and they’re often good ones–get boxed into supertight quarters. Chris Evans is perfectly charming in the Captain America movies and their brethren in the expansive cinematic Marvel universe. But it’s a relief and a pleasure to see him freed, temporarily, from that brazenly pectoral-enhancing onesie. In Gifted, he plays Frank Adler, a Florida boat-engine mechanic who’s raising his niece Mary (Mckenna Grace) on his own. Mary is a precocious mite of a girl and a happy kid. But she’s also what’s euphemistically called a gifted child–she can solve outlandish numerical problems in her head and even more complicated ones on paper–and such gifts always come with complications. In this case, the unwelcome variable is Mary’s grandmother, and Frank’s mother, Evelyn (Lindsay Duncan), a proper Englishwoman so stiff and brittle she could be cast from sterling silver. Evelyn believes Mary should be in a special school, but Frank resists. A custody tussle becomes inevitable.

The plot mechanics are the big problem here: you fear the worst is going to happen, and it almost does but ultimately doesn’t. By the time your emotions have been yanked for the third time, you’re too hip to the pattern to care. But director Marc Webb–who knows his way around a superhero movie himself, having directed the 2012 and 2014 Spider-Man movies starring Andrew Garfield–seems to genuinely enjoy his actors, and they all rise to the occasion. Grace is just at that point in childhood, a quicksilver flash, where she’s missing her two front teeth. She’s impishly cute without ever being cloying. Duncan reveals glints of humanity behind the grand dame routine. Jenny Slate plays Bonnie, Grace’s teacher and Frank’s love interest–a phrase that’s painful to use, but how else to put it? She has frustratingly little to do, but her low-key screwball radiance still manages to fill up the picture.

Even if Gifted is flawed, Evans ought to be making more movies like it. He’s marvelously casual and affectionate in his scenes with his young co-star–Grace clambers over him as if he were a jungle gym, and he barely blinks. There’s something ridiculous about Evans’ beauty. Even with modern-day facial hair, he’s like a caricature of a 1940s football hero, yet he carries it all with a shrug. While he’s young, Evans should be playing more small-town guys who have no idea how fabulously good-looking they are. It surely can’t be as easy as he makes it look. 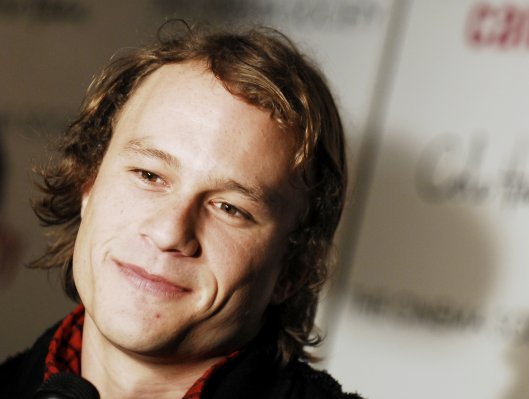 Trailer for Heath Ledger Documentary Debuts With Never-Before-Seen Footage
Next Up: Editor's Pick