Pierce Brosnan Shows How the West Was Won in The Son

In the first episode of AMC’s new drama The Son, Eli McCullough (Jacob Lofland) is impersonating an ape moments before Comanche Indians attack his homestead and carry him away. He may as well be an animal to his family–wine-slurping, Ralph Waldo Emerson–reading German settlers deep in the untamed heart of 1849 Texas. Eli is the only McCullough in touch with the base instincts of survival. Little wonder that, kidnapped, he takes so easily to Comanche life, and that later, as a free adult (played by Pierce Brosnan), he has trouble shaking a relentless drive for violence.

And yet The Son, a saga based on Philipp Meyer’s 2013 novel, turns out to be full of surprises, at least after the first few episodes, which depict the Comanche in such a tired way, with war whoops and brutality substituting for character. These early missteps give way to insight, as chief Toshaway (Zahn McClarnon) explains to Eli the entitlement of the McCulloughs and their peers. “All the white people I’ve ever met tried to steal our land,” he says, “and yet I’ve never met a white man who didn’t look surprised when I killed him.”

Adult Eli retains the wartime spirit of his onetime captors but abandons their sense of fair play as he quests to destroy his enemies and become an oil baron. As a tale of synthesis–how the West was won by those most willing to be brutal–The Son shows promise. As the multigenerational saga it wants to be, it has room to grow. Eli’s son Pete (Henry Garrett) is overshadowed by the monstrous charisma of his father. But then, it wouldn’t be a soap worth its salt without a domineering patriarch. 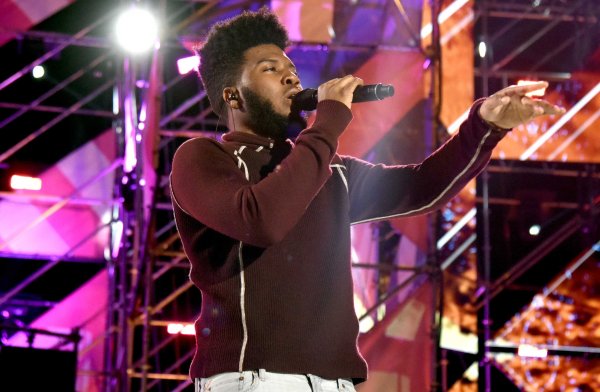 Here's How 'American Teen' Khalid Writes His Music
Next Up: Editor's Pick