These Are the Least Attractive Cities in America

“They may not be head turners,” says Matisse Rhodes, a New Yorker who lived in the Ohio city from 2010 until 2015, “but Clevelanders are among some of the warmest, most genuine people in the country.”

Rhodes isn’t alone in her assessment. In this year’s America’s Favorite Places survey, T+L readers scored cities across a wide range of categories, including how attractive locals are: and Clevelanders ranked near the bottom for their looks.

But readers can be fickle. Atlanta, previously voted one of the country’s most attractive cities, now joins the ranks of least-beautiful. A city in Florida has also made the switchover. Some things stay the same, however, including a tendency for cities with ultra-dedicated sports fans to rank poorly in the looks department. This is true for Memphis, a basketball (and barbecue) loving city that appears on this year’s list. And it’s especially true for the East Coast city that readers found least attractive.

There’s no arguing that amidst its spacious skies and purple mountain majesties, the United States has some objectively gorgeous people. But looks aren’t everything, and, as the saying goes, “beauty attracts the eye, but personality attracts the heart.” Some cities, it seems, rely more on the heart.

Read on for the full list of America’s least attractive cities.

Memphis may be the south’s hottest city, but its residents apparently are not. They’re singing the blues about the low ranking in this survey category, but Memphis hits plenty of high notes in others. Dedicated sports fans love rooting for the Grizzlies NBA team and the brand new Memphis City Football Club, and the city also scores well for affordability. Maybe that’s why residents are so friendly (landing the city another near-perfect score).

Hotlanta? Not exactly, according to T+L readers, who were unimpressed with the city’s locals. Fortunately, they score well for intelligence, thanks to universities like Emory as well as headquarters for several Fortune 500 companies. Readers also think Atlantans are trendy, with a wealth of luxury stores and stylish boutiques as well as a nationally-recognized hip-hop and pop scene—Usher and Justin Bieber call the town home.

Cigars helped put Tampa on the map when a Key West tobacco magnate moved his factory here in the 1880s. Today, the city is better known for its nightclubs and as the hub for the Tampa Bay region’s booming restaurant scene (like newcomer On Swann, from local chef Chris Ponte) than it is for its attractive residents. Better to bring the friends along for this trip, too, and to leave most hopes for romance at home. Tampa scored higher for being a girlfriend getaway destination than for its dating scene.

Cleveland, Ohio, on the southern shore of Lake Erie, is one of the country’s top destinations for arts and culture lovers. The Cleveland Orchestra ranks alongside the Boston Symphony and New York Philharmonic for prestige, and the Cleveland Museum of Art holds one of the country’s greatest collections. It’s free of charge to boot, helping the city earn high marks for free attractions. Still, readers weren’t won over by the looks of this city’s cultured residents.

Milwaukee is a city of contrasting personalities. There’s the artsy side, with a museum designed by Santiago Calatrava and a thriving theater scene that regularly stages world premieres. There’s the Germanic brew-town side, helmed by Miller but increasingly dominated by local craft brewers. And there’s the Midwest agricultural side, with the Wisconsin State Fair bringing cheese curds, cream puffs—a local specialty—and animal beauty contests to the region each summer. The city’s residents failed to take home the blue ribbon for their own looks though, coming in as the fifth-least attractive in the country.

Readers appreciate Charlotte, North Carolina for its cleanliness. The pristine city is a banking mecca, and its central Uptown district is home to multiple Fortune 500 companies. Employees at Bank of America and Wells Fargo may work long hours, but they also like to stay active, playing tennis in Freedom Park or hiking in the surrounding Piedmont region. Somehow, that didn’t boost their attractive score.

This under-the-radar Northwest city sits in a wide valley on the banks of the Spokane River. Wineries and a growing distillery scene have given downtown the moniker “Cork District,” and earned the town high points for its bar scene in this year’s survey. Readers don’t consider the locals all that eye-catching, preferring instead to take in the impressive views of Spokane Falls, a series of waterfalls that thunder through the city while staying at quirky hotels like the crowd-funded Kirtland K. Cutter House. Centennial Trail, which follows and crosses the river, provides the best vantage points.

Sacramentans don’t earn high marks for their looks, but readers did give them an A for effort. They received a perfect score for being active, which is easy to do in California’s state capital, just two hours from Lake Tahoe and Yosemite. Closer to home, Discovery Park, north of downtown, has 275 acres of riverfront forest and recreation fields. Sacramento also nabbed a perfect score for its café culture. Find the best brews in town at one of several Temple Coffee Roasters locations—the local chain has become a mini-empire of community gathering places.

Readers love Baltimore for its revitalized inner harbor, and its beautiful historic sites—such as the Beaux Arts Pennsylvania Station, one of 65,000 local buildings on the National Historic Register. But while the city itself is photogenic to the core, Americans think its citizens are less so. Baltimore has slipped down the list from its No. 4 spot, and now has the sad honor of being America’s least attractive city in this year’s survey. Residents shouldn’t take the news badly, though. They’re passionate enough about their hometown sports teams to minimize any potential hurt feelings. 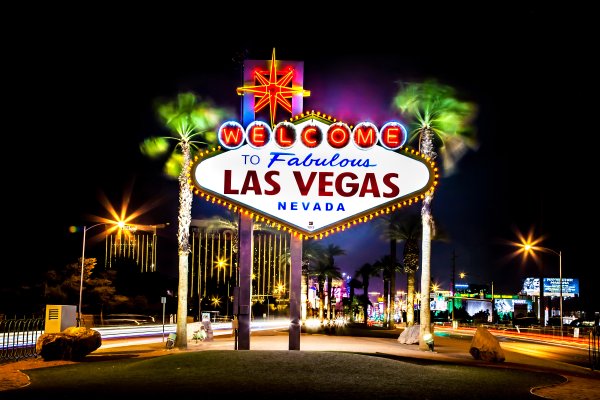 These Are the 15 Rudest Cities in America
Next Up: Editor's Pick