“Pepsi was trying to project a global message of unity, peace and understanding. Clearly, we missed the mark, and we apologize,” the company said in a statement on Wednesday. “We did not intend to make light of any serious issue. We are pulling the content and halting any further rollout. We also apologize for putting Kendall Jenner in this position.”

The video, released on Tuesday, shows Jenner wearing a platinum blonde wig during a photo shoot when a group of protesters walk by. It is unclear what they are demonstrating against (they carry signs that read “Join the Conversation.” She rips off the wig, smears off her lipstick and joins the protesters. Eventually, she hands a can of Pepsi to a grim-looking police officer, bringing peace between the officers and protesters.

The ad sparked outrage on social media, with some saying the imagery appropriated a now iconic photo of Black Lives Matter protester Ieshia Evans, who was detained after approaching police during a demonstration in Baton Rouge. Others widely mocked the image for being tone deaf, including Bernice King, the daughter of Martin Luther King Jr. 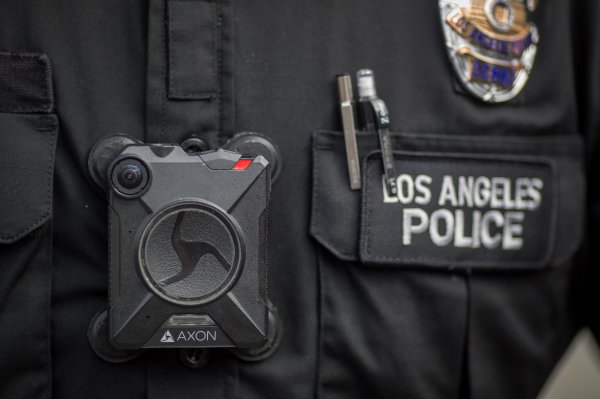 Taser Maker Is Giving Free Body Cameras to Police
Next Up: Editor's Pick