Here's How To Be Less Tired After Work

If you want to be more focused at work and feel less exhausted at the end of it, take a lunchtime walk, suggests a new study in the Journal of Occupational Health Psychology.

Researchers wanted to see if people could get more out of their half-hour lunch break by switching it up. They surveyed about 100 workers in a variety of fields about their normal lunch break routines, then told them to change what they did during that time for 10 work days in a row. Half of them took a leisurely walk through a nearby urban park and focused on their natural surroundings, while the other group found a quiet place inside their office building to do a series of relaxation exercises, including deep breathing and mindfulness techniques. Both activities took 15 minutes, and people did them after they ate a quick lunch.

In the weeks before, during and after the experiment, people rated their levels of wellbeing, how much they enjoyed their lunch breaks and how much they were able to detach from work during them.

Overall, people in both groups said they concentrated better, had less strain and had higher wellbeing on the afternoons they walked or relaxed, compared to when they followed their normal lunch routines. People enjoyed their breaks more on days they walked in the park. These higher levels of enjoyment were directly related to improvements in concentration and fatigue, the study authors say.

People in the other group didn’t enjoy their breaks more on the days they did relaxation exercises, compared to when they had their usual lunch breaks. Instead, their benefits seemed to be driven by higher levels of detachment from work.

The effects of these interventions lasted. “We were not sure beforehand whether the benefits would be observable some hours after the break,” said lead author Marjaana Sianoja, a psychology researcher at the University of Tampere, in an email. But the researchers found that the effects were evident into the late afternoon, about 30 to 60 minutes before people left work to head home. Recovery breaks may also help people leave work with more energy, says Sianoja, which could have benefits for their personal and social lives.

The study focused specifically on slow-paced walks in green or natural environments, and it may be difficult for people in large cities to get to this type of restorative space on their lunch break. In these cases, the researchers suggest, relaxation exercises may be easier to fit in on a regular basis.

For people who think their work day is just too hectic to take 15 minutes for themselves, Sianoja suggests that time lost might be made up for by better afternoon efficiency. “These types of activities might have potential in maintaining productivity throughout the working day,” she says.

The research has inspired Sianoja to take walks or meditation breaks when she’s particularly busy with work. “As soon as the weather gets nice, I like to take short walks in a nearby park,” she says, “but for this to be beneficial I have to go alone, as the trick is to focus fully on the natural surroundings.” 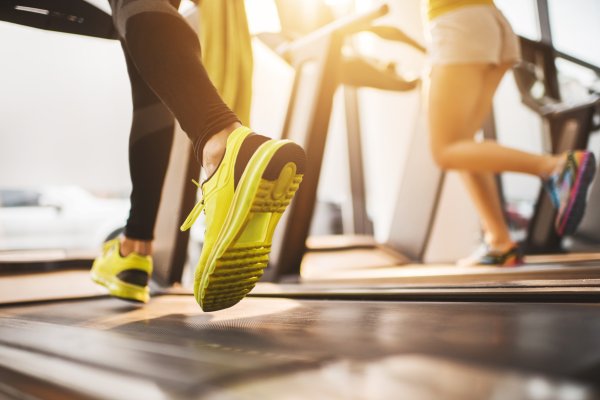 These 2 Microworkouts Are Super Short and Effective
Next Up: Editor's Pick