Louis CK had some harsh words for President Donald Trump when he stopped by The Late Show with Stephen Colbert.

The comedian had made his feelings about Trump known last year when he sent his fan mailing list an email calling then-candidate Trump “an insane bigot” and even more bluntly, “Hitler”.

However, CK said he regrets saying it. “I didn’t take it back, I regret it. There’s a difference,” he told Colbert, explaining: “I thought [Trump] was some new kind of evil, but he’s just a lying sack of *bleep*” CK expanded on his feelings, saying that the president is a “gross crook, dirty, rotten, lying, sack of bleep. That’s how I feel.” The comment was a hit with Colbert’s audience, as they erupted in cheers.

CK claims it’s not a political position, though. “It’s just when you look at somebody and go that guy’s a lying sack of * bleep *” he explains. CK went on to joke he’s so convinced he can’t trust Trump that he can’t believe that “his name is Donald Trump.” 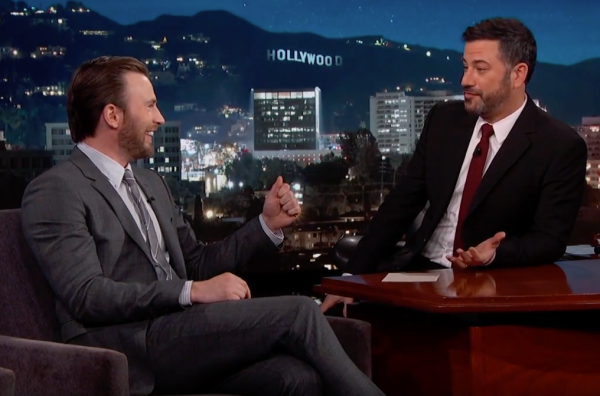 Watch Chris Evans Tell the Story of the April Fools' Prank That Made Him Cry
Next Up: Editor's Pick