The emotional first trailer for Spike’s Heath Ledger documentary debuted today on what would have been the actor’s 38th birthday.

Spike TV’s I Am Heath Ledger, set to premiere at the Tribeca Film Festival on April 23, features never-before-seen footage of the late actor, who died from an accidental mixture of prescription drugs at the age of 28.

The film also features interviews with those closest to Ledger, including his sister Kate Ledger, musician and friend Ben Harper, his former girlfriend Christina Cauchi and a number of industry friends like director Ang Lee. Naomi Watts, who dated Ledger, also appears in the film, but was not included in the trailer.

The haunting footage, much of which was shot by Ledger himself, shows the actor in his natural habitat: Smiling, surrounded by friends and always with a camera in hand. “There were always cameras around — a video camera or a Polaroid camera or the film camera,” Cauchi explains. “That’s the only way I think of him. With the camera in the hand.”

The carefree, unfiltered moments capture his zest for life, or as Harper says in the trailer, Ledger was “the most alive human” he ever knew: “If it wasn’t the edge, it didn’t interest him.”

At the same time, the documentary hints at Ledger’s internal conflict over his newfound fame. “He wanted fame — and then when he got it, he didn’t want it,” filmmaker Matt Amato explains. The actor was adamant not to let success go to his head. “‘I’m not going to be that guy, and I’ll show you,’ ” his friend N’Fa Forster-Jones says Ledger once told him.

The film is part of Spike’s I Am documentary series, which explores the lives of extraordinary people through the eyes of those who knew them best. I Am Heath Ledger premieres Wednesday, May 17 at 10 p.m. ET/PT on SPIKE TV. A brief theatrical release of the film will be on May 3. 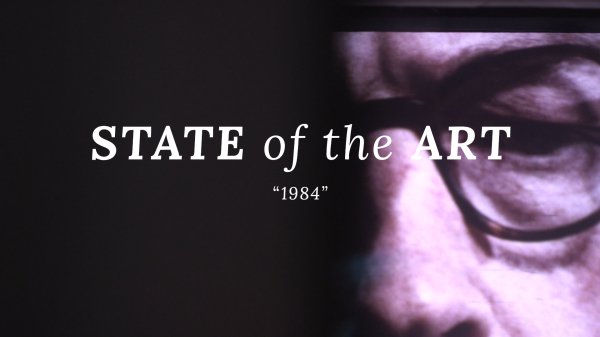 Behind the Nationwide Screening of 1984
Next Up: Editor's Pick