Senate Majority Leader Mitch McConnell has filed a motion for cloture on the Supreme Court nomination of Neil Gorsuch, taking the the first official step in an inevitable partisan showdown that could result in the GOP invoking the “nuclear option.”

The Senate will vote to invoke cloture on Thursday.

“Due to an unprecedented filibuster threat, I just filed cloture on the Judge #Gorsuch nomination,” McConnell tweeted Tuesday evening.

The cloture motion, which McConnell was expected to file, is a procedural tactic: a vote to end the debate over the confirmation.

But the Senate needs 60 votes to invoke cloture. And enough Democrats have said they would vote against it, meaning they can filibuster the nomination.

This sets the stage for McConnell to change the rules by introducing a vote for the “nuclear option.” If the nuclear option is approved, Gorsuch — and all subsequent Supreme Court nominees — will only need a simple majority for confirmation, rather than 60 votes needed for cloture. 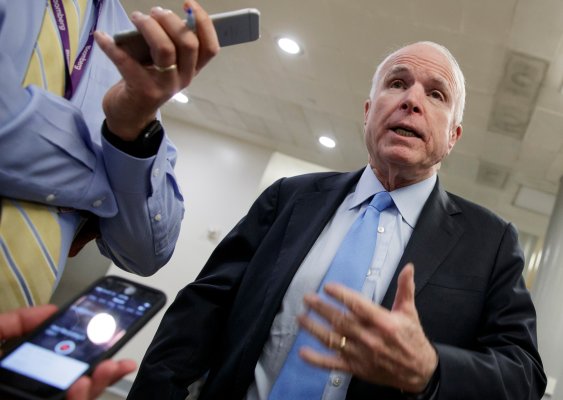 John McCain Doesn't Think Much of the Nuclear Option
Next Up: Editor's Pick