How the Revised Bill to Repeal Obamacare Would Work

Despite the failure of their health care bill last month, Republicans are now making an effort to resuscitate it.

Meetings between the White House and members of the conservative Freedom Caucus have raised new ideas for a replacement to Obamacare. Republicans hope that this time, enough members of their own party can support the bill’s provisions to pass it in the House.

On Tuesday night, Vice President Mike Pence will meet with Republican leaders, including moderates and conservatives, to try to work out some proposals.

Party leaders have not committed to a firm timeline, and are hoping to present a draft of a proposal this week. But there is likely to be opposition to parts of the Republican plan, which could strip away the popular parts of Obamacare.

Key moderates and conservatives threw cold water on the new effort. “My position remains the same. I’m still opposed to the bill in its current form, even with the changes I’ve heard suggested,” said Rep. Charlie Dent, a moderate Republican from Pennsylvania.

Still, the White House is hoping something will change. Here are some ideas Republicans are discussing:

One of the Affordable Care Act’s major provisions was a regulation prohibiting insurance companies from charging higher prices for sick people than healthy people.

This allowed many sick middle- and low-income people to purchase health care for the first time. It was at the heart of Obamacare’s promise: that insurance companies could not discriminate against you if you were sick.

But in order to maintain their bottom lines, insurers received subsidies from the federal government. And in some cases they charged healthy people more in order to balance out their loss in income from the sick.

Freedom Caucus members want to see the Obamacare community ratings repealed as a way to reduce premiums. But this plan could push away some moderate Republicans, who worry that repealing the community ratings will gut protections for sick people.

One crucial caveat: this proposed step would not abolish the rule at the federal level. Instead, it would be up to states to “opt-out” of the Obamacare regulations, and there is currently discussion about what requirements they would have to meet to be allowed to receive such a waiver.

But many conservatives say the requirements went too far, pointing to maternity care and pediatric services that they say needlessly raise premiums for people who don’t use them.

Now that they have a new shot at repealing Obamacare, conservatives in the House want to see more of those regulations repealed.

“Two provisions were in the original bill to remove 2 of the 12 [provisions] in the insurance mandates,” said Rep. Mark Meadows, chair of the Freedom Caucus. “We have requested as a compromise an additional two of those, which would be essential health benefits and community ratings.”

Like community rating, this would also be part of a waiver system allowing states to opt-out.

Meadows said Freedom Caucus members may want more provisions removed, too. “That’s not an exhaustive list, and frankly if we’re looking at getting a waiver, that means getting more of those insurance mandates, not less,” he said. “Out-of-pocket, deductibles, things like that.”

One of the most popular provisions of Obamacare was a rule prohibiting insurers from denying coverage to people with preexisting conditions. That meant that people with arthritis or allergies could attain coverage for the first time. Conservatives want to keep this measure.

Still, repealing the community rating provision, allowing insurers to raise their premiums on the sick, could make health care for people with illnesses prohibitively expensive. This, in turn, would effectively gut the protection for people with preexisting conditions.

Whether a new proposal is successful will hinge in large part on how it handles those provisions, too. It’s no wonder that top Republicans are skeptical a deal can happen.

“There’s thoughts, and then there’s print. And the prints got to match up with the thought,” said Rep. Paul Gosar, a House Freedom Caucus member who opposed the bill the first time around. 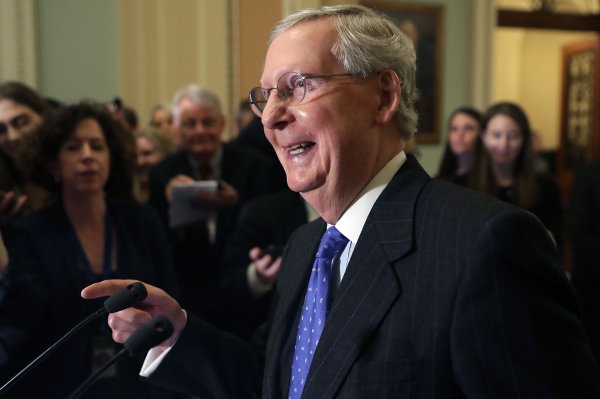