In 2016, pregnant women in 44 states in the U.S. showed signs of Zika infection. Most had traveled to an area where the virus was known to be transmitted by mosquitoes and were exposed to the virus in that way.

Of 1000 women who gave birth in 2016, 250 had confirmed signs of Zika after testing, and one in 10 had a fetus or baby with birth defects, according to the CDC.

The information comes from the U.S. Zika Pregnancy Registry, which tracks pregnant women with evidence of Zika infection, and represent the largest collection of information on birth outcomes from women with laboratory confirmed infection with Zika. The findings show a higher rate of birth defects, most commonly microcephaly, than a previous report released last December.

The findings stress the need to remain alert to the risks of Zika for pregnant women, especially in areas where mosquitoes are prevalent, said acting CDC director Dr. Anne Schuchat. Women who might be at higher risk of infection, because they traveled to an area with known Zika virus, should be tested for the virus.

There is also evidence that some signs of Zika infection may not be obvious at birth, so last year the CDC recommended that babies born to women infected with the virus during pregnancy be monitored with brain scans and other developmental tests. Some babies born after exposure in utero to Zika develop vision or hearing problems, as well as other brain abnormalities that don’t emerge until later in development. But only one in four babies born to women with evidence of Zika had brain scans after birth.

“It’s important to look for abnormalities,” said Dr. Peggy Honein, chief of the birth defects branch at the CDC. “We know some babies with underlying brain defects may not otherwise show evidence of them at birth. So we’re encouraging clinicians who care for pregnant women with evidence of Zika exposure to follow CDC recommendations and ask pregnant women about possible Zika exposure, as well as work with them to provide follow up care for affected babies for a coordinated care plan to monitor baby development.”

“Zika continues to be a threat to pregnant women in the U.S.,” Schuchat said. “We found pregnant women with Zika reported in at least 44 states. With warmer weather, a new mosquito season and summer travel, prevention is crucial to protect the health of mothers and babies.” 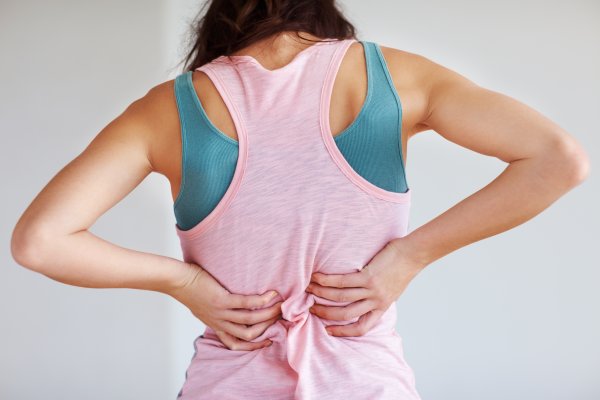 9 Things You Never Knew About Chronic Pain
Next Up: Editor's Pick