Warning: This story contains spoilers for The Fate of the Furious

It was the kiss that launched 1,000 tweets: In the trailer for The Fate of the Furious, Vin Diesel’s Dominic Toretto locks lips with Charlize Theron’s baddie Cipher in front of his wife, Letty (Michelle Rodriguez). How? Why?! It turns out Cipher blackmailed Dom into working for her by threatening to kill the son he never knew he had. So how did Dom get out of this bind? By teaming up with his nemesis and using a very special necklace. Confused? Let us explain:

When were Dom and Elena together?

Way back in the fourth Fast film, Fast & Furious, Dom’s childhood sweetheart Letty appeared to die in a car explosion. In Fast Five, Dom moved on and romanced Brazilian cop Elena (Elsa Pataky). The two were living a peaceful, explosion-free life together in Spain at the beginning of Fast & Furious 6.

But Diplomatic Security Service (DSS) agent Luke Hobbs (Dwayne ‘The Rock’ Johnson) tracked them down and told them that Letty was still alive. She apparently lost her memory and joined a group of terrorists led by Owen Shaw (Luke Evans). Elena, being an incredibly understanding person, eventually tells Dom to go save Letty, which he does.

When did Elena get pregnant?

Elena tells Dom in Fate of the Furious that she found out she was pregnant right before Letty returned. That means she probably knew she was pregnant at the end of Fast & Furious 6, and through Furious 7. Elena appeared twice during those films. First, at the end of Fast & Furious 6 when she tells Letty, no hard feelings, she can have Dom. She’s back in the beginning of Furious 7 when Shaw’s brother, Deckard Shaw (Jason Statham), attacks DSS headquarters. Deckard blows up Hobbs’ office, and Hobbs saves Elena by grabbing her as they are launched out of a window.

That means that Elena was pregnant when she flew out of a building and landed on a car, which could not have been great for the baby. Mere details…

Elena says she planned on telling him about the baby after he and Letty got back from their honeymoon in Cuba. Seems odd since the baby looks to be well over a year old when we finally see him. Also, she hasn’t named him for an entire year. Again, odd not to mention impractical.

Charlize Theron in The Fate of the Furious.
Matt Kennedy—Universal Pictures/AP

Cipher turns out to be the ultimate Fast & Furious baddie

They’re the Russian nesting dolls of villains. Let’s work backwards: Cipher has multiple terrorists, including Jakande (Djimon Hounsou) from Furious 7 and Owen Shaw from Fast & Furious 6 on her payroll. Shaw was also the boss of the drug lord Braga (John Ortiz), the man who ordered Letty to be killed in Fast & Furious. And it was Owen’s death that led Deckard to wreak havoc on the crew in Furious 7.

So basically Cipher is responsible for all of the bad things that have happened to the Fast family in the last five films. If you had any doubt that she’s really bad, she kills Elena just because Dom was flirting with his own wife. Talk about cold.

Charlize Theron and Vin Diesel in The Fate of the Furious.
Matt Kennedy—AP

Dom calls on another family for help

The Shaw family doesn’t love Cipher: She recruited Owen Shaw to her team and then left him for dead in a hospital when Dom threw him off a plane in Fast & Furious 6. Dom figures this out after Cipher tells Deckard he chose the wrong team when she breaks into the crew’s super-secret headquarters and gives them all wicked concussions.

Dom somehow manages to reach out to the Shaw brothers’ mother (Helen Mirren, who we hope will get behind the wheel of a car in Fast & Furious 9). He then pretends to kill Deckard. Shaw’s mother is waiting for him in the ambulance to devise a plan to take down Cipher and save Dom’s baby while Dom is busy stealing nukes in Russia.

While it’s great that Owen and Deckard saved Dom’s baby, let’s not forget that the brothers are responsible for the deaths of Dom’s friends, Gisele (Gal Gadot) and Han (Sung Kang) in Fast & Furious 6. In fact, the plot of Furious 7 centered around the gang tracking down Deckard to kill him and avenge Han’s death. Considering all the trouble he went to in the last movie, Dom seemed to forget all of that pretty quickly when he decided to team up with the Shaw brothers this time around.

How did Deckard fake his death?

Leo (Tego Calderon) and Santos (Don Omar) are two members of Dom’s crew from Fast & Furious and Fast Five. They bicker while they pull recon jobs—like clogging up the toilets in a police station so they can masquerade as janitors to infiltrate it. At the end of Fate of the Furious, we see them gambling their millions in Monaco. They weren’t in the last two Fast films but return for a brief cameo in Fate as two fake ambulance drivers who move Deckard’s “dead” body.

MORE We Ranked Every Possible Detail of the Fast & Furious Movies

How is Deckard able to track Cipher’s plane?

If that cross necklace looked familiar, it’s because it’s been kicking around the Fast franchies for years. Dom gave it to Letty before she “died” and started wearing it again in her memory. It fell off during a fight in Fast Five and Elena picked it up and started wearing it around (which is sort of weird). Dom got it back from her and gave it to Letty to try to help her regain her memory in Fast & Furious 6. She, in turn, gave it to Owen Shaw to prove she didn’t care about Dom. Later, Deckard Shaw dropped it at the site of Han’s murder as a sort of threat to Dom. Dom retrieves it when he visits Tokyo to bring Han’s body home.

And now, besides sentimental value, it apparently has a super-powerful tracking device implanted inside. This clever move leads Shaw to Dom’s son’s location, setting up the delightful scene in which he kicks bad guys’ butts while carrying a baby. 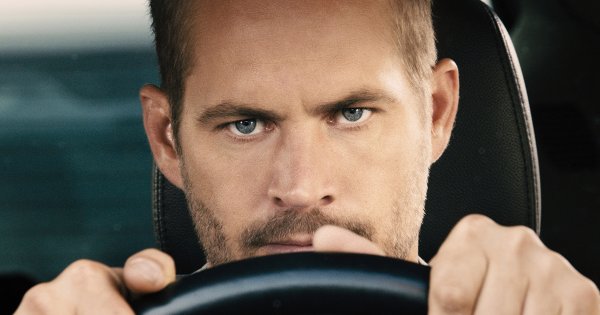 How The Fate of the Furious Handles Paul Walker's Death
Next Up: Editor's Pick