Susan Rice: 'I Leaked Nothing to Nobody' on Trump Transition

In an interview on MSNBC Tuesday, the former Obama advisor called claims that she and others sought to “unmask” the names of Trump advisers caught on so-called “incidental surveillance” for political reasons “absolutely false.”

“I leaked nothing to nobody, never had, never would,” she said.

Instead, she said that in some instances the identities of people reference on foreign surveillance would have been directly released to her — admitting it was “possible” that some Trump advisers might have been mentioned by foreign officials — but said that is a far cry from leaking them to reporters.

“Imagine if we saw something of grave significance that involved Russia, China or anyone else interfering in our political process and we needed to understand the significance of that” by unmasking the identity of the American involved, she told MSNBC’s Andrea Mitchell. “To not understand it would be a dereliction of duty.”

She said she was “surprised” and “shocked” by Trump’s March tweet that the Trump Tower was “wiretapped” by the Obama Administration, saying the claim was untrue and that making it was “not typical of the way presidents treat their predecessors.” FBI Director James Comey and top Republican leaders have said there is no evidence Trump was wiretapped.

Rice has recently become the target of Republicans criticizing the Obama Administration’s handling of surveillance. In an interview with conservative radio host Hugh Hewitt, Republican Sen. Tom Cotton of Arkansas called her the “Typhoid Mary” of Obama’s foreign policy, referencing a woman in the 1900s who infected multiple people with a deadly disease.

When asked about the remark, Rice declined to respond, saying she has been “called a lot of things by folks on the right that are unfair and disingenuous.” 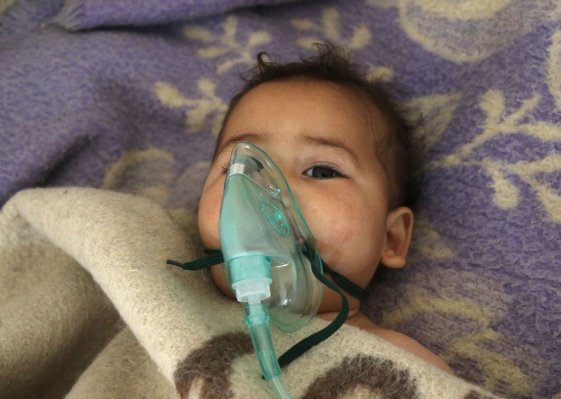 'Intolerable Act'
Next Up: Editor's Pick