In a recent episode of British sitcom Chewing Gum, Tracey goes on a date with a new guy named Ash. There are a few red flags right away: He asks Tracey, who is black, where she “comes from.” He doesn’t like Beyoncé. Later, he marvels at her “features.”

But Tracey—the sex-obsessed, virginal protagonist of the series played by creator, writer and star Michaela Coel—has nowhere to go and ends up back at his place. Things escalate quickly. But everything comes to a halt when Ash’s ex-wife, who is also black, walks into the living room to find Tracey dancing around in a makeshift tribal outfit at Ash’s urging.

It’s the kind of joke that makes you laugh out loud while also cringing at the pointed subtext of the situation. For women of color, being fetishized isn’t uncommon—from seemingly innocuous questions about your background to abusive requests for role play. Coel says the inspiration for the scene came straight from her own life.

Coel spun these types of experiences into the broad humor that drives Chewing Gum. The season first aired on Channel 4 in the UK in 2015 to great critical acclaim, earning Coel two BAFTAs for Best Female Comedy Performance and Breakthrough Talent for writing.

The show, whose second season just hit Netflix, started as a one-woman show called Chewing Gum Dreams that eventually made its way to the Shed at the National Theatre in London in 2014. Both the show and the play reflect Coel’s own upbringing in a London council estate, or public housing. The characters and scenes that populate Chewing Gum are loud, diverse and full of color—all things that Coel wanted to emphasize.

“You have people from all walks of life all living on one estate. And it is incredibly colorful,” she says. “You have rainbow trainers, red, orange saris, pink fabric. I wanted to write a show about an estate that wasn’t sad or morbid like a lot of shows portray working class life to be.”

A staunch Christian for five years, Coel said she began writing “pretty instantly” after becoming religious. Although she has since left the faith, the themes are still woven into the the show. “I left Christianity, obviously, because look at me: I’m a whore,” she joked. “I took what I was given in Christianity and put it into my secular, hedonistic life.”

The character of Tracey, inexperienced and eager to have sex, is caught between her mother’s extreme religious values and her best friend Candice’s more relaxed approach to relationships. As a Christian, Coel was celibate for five years, a common factor between her and Tracey. In her writing, she is always examining the complex relationships people have with sex and God.

“The idea of wanting to do something that’s completely natural and then having to repress it is something that I find fascinating,” she said. “I get why you should suppress wanting to hit someone, or abuse drugs. But sex is just a biological thing.”

Coel’s open approach to writing about sex has made for moments that feel quite unlike the sex scenes many audiences are used to watching on television. In the first season of Chewing Gum, Tracey’s quest to lose her virginity with exactly zero sexual experience lands her in bed with her neighbor, Connor. In a series of comical scenes, she chews his nose, licks his eyebrows and, at one point, sits on his face while fully clothed. Subsequent episodes include a failed threesome and an ill-fated trip to a sex club—and that barely scratches the surface of what Tracey is willing to explore. Coel says she wanted Tracey to represent a female character unencumbered by society’s standards of how women should present themselves.

“Whenever she goes into that direction, it’s a comedy and we laugh at her because I do notice that we have been for years—because of misogyny and sexism and our place in this world—taught that we need to be principled, or we can’t do that, or we can’t be seen like that,” Coel said. “I don’t think we should be presentable or present ourselves for the sake of others.”

Taking such a route has brought Coel her fair share of critics. In one “alienating and weird” experience, Coel said a woman approached her to berate her for focusing the show on Tracey wanting to have sex, when the woman in question was happy to remain a virgin until after the age of 25. In reaction, Coel challenged the woman to write her own story.

“She kinda looked like she considered that, and then she walked away,” Coel said. “I’m still waiting to see that film.”

Seasons 1 and 2 of Chewing Gum are streaming on Netflix. 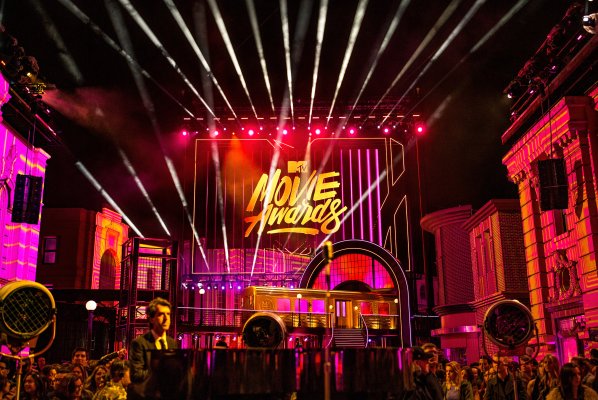 MTV Got Rid of Gender Divisions at an Award Show. It’s Time for Others to Do the Same
Next Up: Editor's Pick