President Donald Trump speaks at a rally on March 15, 2017 in Nashville, Tennessee. During his speech Trump promised to repeal and replace Obamacare and also criticized the decision by a federal judge in Hawaii that halted the latest version of the travel ban.
Andrea Morales—Getty Images
By Aric Jenkins

The conference kicked off on Monday and has already featured appearances from U.S. Secretary of the Interior Ryan Zinke and Sen. Chuck Schumer (D-NY), the Democratic leader of the Senate. The president will likely speak on his proposed $1 trillion infrastructure plan and its potential impact on the more than three million construction workers represented by the organization’s 14 union affiliates.

NABTU’s annual event aims to “mount a forceful campaign in support of infrastructure investments, energy infrastructure and the protection of community wage and benefit protections,” according to a press release.

“It is in the best economic interests of our members and our unions for us to go everywhere and anywhere with business and industry leaders, community leaders and political leaders, and to engage in deliberations, conversations and discussions that have the potential to advance the economic interests of our members and their families,” NABTU President Sean McGarvey said during the opening day session. 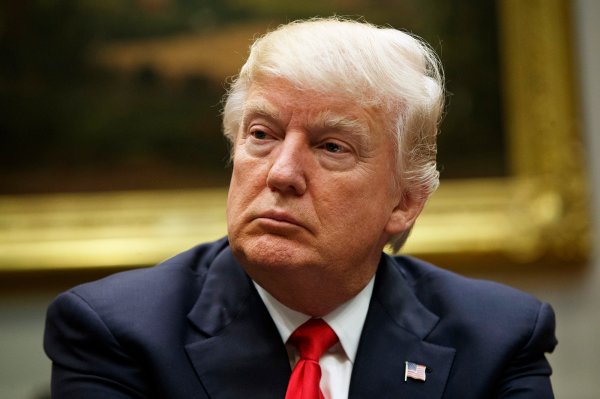 Watch Live: President Trump Meets With Business Leaders at the White House
Next Up: Editor's Pick