Over the course of her incredibly fast rise in the modeling world from “supermodel-in-training” to “bonafide superstar,” Kendall Jenner has earned plenty of comparisons to that generation of supermodels who came before her. While the juxtaposition has been the cause of copious amounts of controversy for her and her fellow Instagram It Girls, given that she has now appeared on just about every catwalk and magazine cover the world over, it seems safe to say that this debate can finally be put to bed. And as if all that wasn’t enough, she can now hammer the final nail in the coffin of that is-she/isn’t-she argument, as it was announced on Tuesday that she will be following in Cindy Crawford‘s footsteps as the next model to land the coveted role of Pepsi spokeswoman.

As a part of the soda company’s new “Live For Now” campaign, Kendall stars in the first commercial of the series which depicts her getting distracted by crowds of protesters outside while in the midst of a photo shoot, ultimately deciding to join them, grabbing a Pepsi, and mingling with the masses in the name of social justice. The reality star-turned-Vogue-covergirl spoke with People Style about her latest role: “It’s an honor to be following up some of the icons and amazing, cool people that have done this before me,” she said, adding that being the first model named to do this since Cindy Crawford has been “a dream come true.”

And while she says she’s uncertain what her post-modeling future might hold, saying, “I don’t know if I’ve gotten that far,” she does credit her profession with helping her grow up a little.

“I used to be very, very shy before I started really working, and since I’ve been really working I think I’ve been more open,” she says. “You’re always surrounded by so many people.” That includes some of the most well-dressed individuals in the business, who, she says, definitely influence her style. “You chat about it and you see what everyone else is wearing and definitely that translates no matter who you hang out with,” she explains (which also explains why she’s passing on some of her style know-how to Cindy Crawford’s up-and-coming model daughter Kaia!)

But even though her sense of style can be as mutable as her mood, she insists there’s one trend she’ll never be on board for: “You probably won’t find me wearing wedge sneakers anytime soon.” Sounds refreshing, just like a big swig of … well, you know. 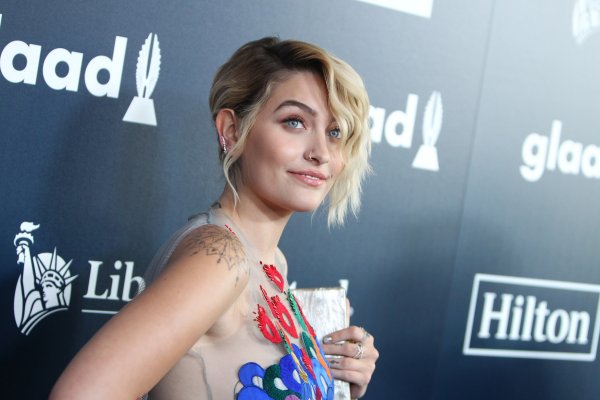 Paris Jackson Claps Back After Troll Body-Shames Her Over Weight Gain
Next Up: Editor's Pick