John Brennan, who directed the CIA from March 2013 to January 2017, has described President Donald Trump‘s proposed executive order banning travel to the U.S. by visitors from seven majority-Muslim countries as “too simplistic and misguided.”

Speaking during an interview with the BBC, Brennan said that while he thinks “it is very important that there are measures taken to protect countries from individuals who may be trying to enter the borders for terrorist purposes,” the proposed executive order would be counterproductive.

“First of all, a lot of citizens from those countries who have very legitimate reason to travel to the United States—family, personal, professional, educational—I think are really going to see this as reflecting a different approach and a different tone from the United States which has prided itself on our 241 years of welcoming people from all walks of life and all countries,” he said.

This is not the first time Brennan and the president have not seen eye to eye. In April last year, Trump criticized comments made by Brennan about enhanced interrogation techniques like waterboarding. “I think his comments are ridiculous,” he told Fox and Friends. “I mean, they chop off heads and they drown people in cages with 50 in a cage, in big, steel heavy cages, drop them right into the water drown people, and we can’t water-board and we can’t do anything.”

Most Popular on TIME
1
Could Amsterdam's New Economic Theory Replace Capitalism?
2
My Parents Will Be Vaccinated Long Before Me. Can They Come Visit?
3
Why Holocaust Remembrance Day Matters More Than Ever 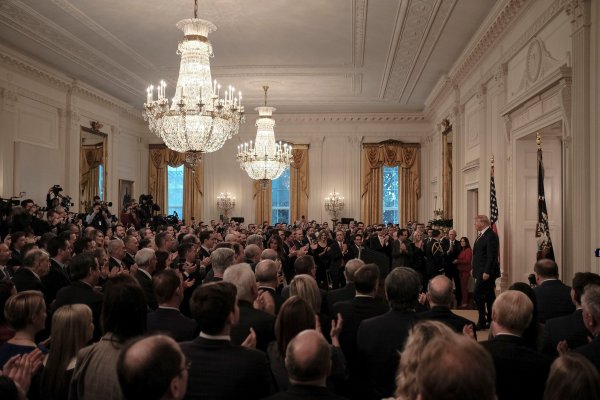 Donald Trump Has Been Acquitted. But Our Government Has Never Seemed More Broken.
Next Up: Editor's Pick