President Donald Trump looks on as he meets with Egyptian President Abdel Fattah Al Sisi in the Oval Office of the White House on April 3, 2017.
Olivier Douliery—Pool/Getty Images
By Katie Reilly

The rules, which would have taken effect in December, required internet service providers — including Comcast, Verizon and AT&T — to obtain permission from customers before sharing personal data like their web-browsing history. The rules were aimed at preventing internet providers from selling that data without permission.

Critics of the rules argued they were an example of government overreach and were unfair because tech companies, like Google and Facebook, are not required to get such permission before tracking customers’ habits.

The bill passed the House and Senate last week, as Republicans voted to overturn the regulations. Senate Minority Leader Chuck Schumer on Sunday urged Trump to veto the bill. 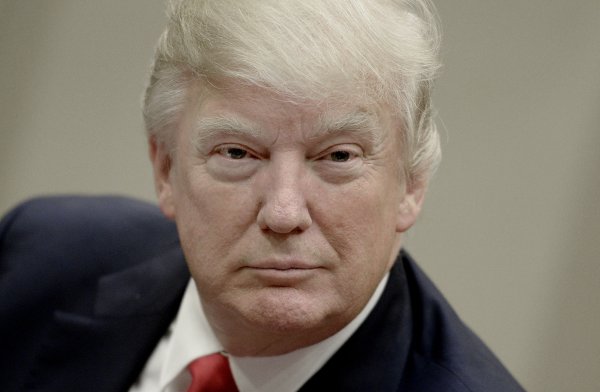 President Trump Is Still Attacking Hillary Clinton 5 Months After the Election
Next Up: Editor's Pick