Harrison Ford will not face disciplinary action after he flew dangerously close to a jetliner while mistakenly landing on a taxiway at a California airport in February.

The Federal Aviation Administration decided not to take any enforcement action but mandated some extra training, which Ford has completed already, the 74-year-old actor’s attorney said Monday, according to the Los Angeles Times.

“Mr. Ford retains his pilot’s certificate without restriction,” the attorney, Stephen Hofer, told the Times. “In closing the matter, the agency acknowledged Mr. Ford’s long history of compliance with the federal aviation regulations and his cooperative attitude during the investigation.”

Ford, who has had a pilot’s certificate for 20 years, landed his private plane on a taxiway at John Wayne Airport in Orange County after being cleared for landing on one of the airport’s runways. He said he was distracted by the American Airlines jetliner awaiting takeoff and the wake turbulence caused by another plane. 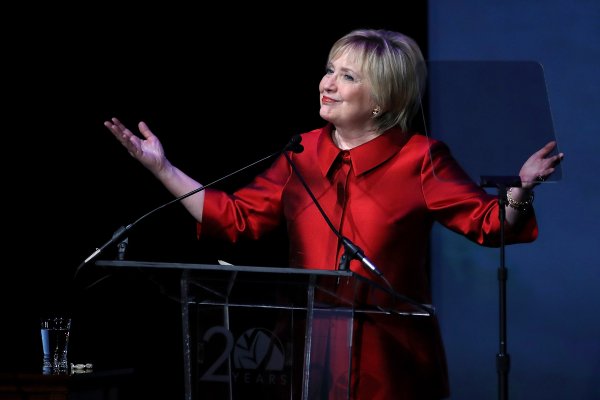 Here's What Hillary Clinton Refused to Say on Camera
Next Up: Editor's Pick