Timothy Marble, who was arrested on charges of kidnapping, sexually abusing a minor and child abuse.
Sonoma County Sheriff/AP
By Katie Reilly

Authorities arrested a California man accused of kidnapping and sexually assaulting a 13-year-old girl who managed to escape from his moving vehicle.

Deputies from the Sonoma County Sheriff’s Office arrested Timothy Marble, 50, on Saturday, after he called 911 to report that the girl had jumped out of his car. When deputies arrived at the scene, the girl climbed out of nearby bushes and said Marble had sexually assaulted her multiple times.

Marble is also accused of injecting the girl with methamphetamine and scratching his name into her skin with a knife. He picked her up in the early hours of March 31 at a gas station after she ran away from home, according to a release from the sheriff’s office.

The girl was taken to a hospital treatment and has been reunited with her mother. Marble is being held without bail at the Sonoma County Jail. 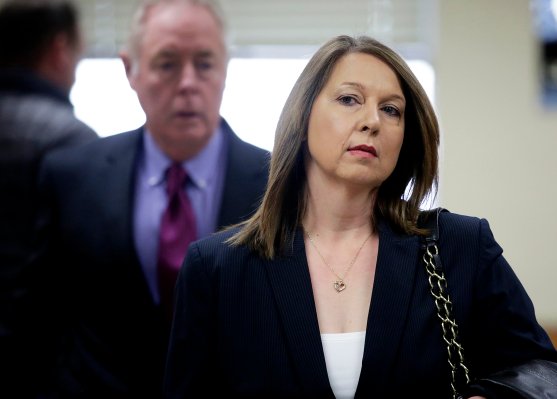 White Cop Who Fatally Shot Unarmed Black Man: 'Race Had Nothing to Do' With It
Next Up: Editor's Pick