In a historic move, Senate Democrats just orchestrated the first partisan filibuster of a Supreme Court nominee, causing Republicans to change the confirmation rules by invoking the nuclear option.

Sixty votes are required to overcome a filibuster, and Republicans didn’t have those votes. So they invoked the “nuclear option,” Capitol Hill-speak for amending long-standing Senate rules requiring a 60-vote threshold to confirm Supreme Court nominees, which would allow the GOP to install Gorsuch with a simple majority vote.

It is almost certain this move will result in Gorsuch’s confirmation to the Supreme Court. But it is the first time the option has ever been used on a Supreme Court nominee, and will likely permanently alter the confirmation process for the high court.

Here’s an explanation of what exactly just happened.

What is the Nuclear Option?

It’s a Senate procedure that allows the current leader of the Senate to change the voting rules, in this case for the confirmation of a Supreme Court Justice, from 60 votes, or a “super majority,” to a simple majority, or 51 votes. Former Mississippi Republican Sen. Trent Lott reportedly coined the term during George W. Bush’s presidency, when Senate Democrats were filibustering Bush’s judicial picks.

Senate Majority Leader Mitch McConnell would introduce the motion, and it would have to be approved by a majority of the Senate body. If that vote is tied, Vice President Mike Pence would cast the tie breaking vote — and he would almost surely vote in favor.

Why would the Nuclear Option be used?

Republicans currently hold 52 seats in the Senate. Democrats hold 48, including two independents who caucus with the Democrats. In order for Republicans to achieve the 60 votes necessary to break a filibuster of Gorsuch’s nomonation, they need the support of eight Senators outside their party. But they currently have the support of three — West Virginia’s Joe Manchin, North Dakota’s Heidi Heitkamp and Indiana’s Joe Donnelly. So unless the Republicans invoke the nuclear option, the current math says Gorsuch won’t get confirmed.

“I can tell you that Neil Gorsuch will be confirmed this week,” McConnell said Sunday on NBC’s Meet the Press. “How that happens really depends on our Democratic friends.”

Is there precedent for invoking the Nuclear Option?

There is precedent, but not for a Supreme Court Justice. Senate Democrats have invoked the rule before. In an ironic twist, then-Senate Majority Leader Harry Reid implemented the nuclear option in November 2013 to confirm three of President Barack Obama’s judicial nominees to a federal appeals court. The measure prevented filibusters on executive appointments and a majority of judicial nominations, but did not extend to Supreme Court nominees. That would, of course, change if McConnell invokes the role for Gorsuch.

Every Republican in the chamber opposed the measure to invoke the nuclear option in 2013, and warned that the Democrats would regret it.

“I think Democrats are playing with fire,” South Dakota Republican Sen. John Thune told Time in 2013. “What goes around comes around. And someday they’re going to be in the minority.” 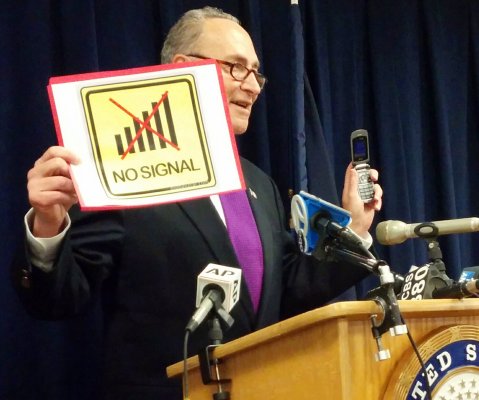