If you’re wearing a striped navy ruffled top with a scooped neckline and matching espadrilles from J.Crew, Jenna Lyons probably had something to do with it. After 26 years with the brand (most recently as creative director and president), Lyons is exiting the company, Business of Fashion reports.

So what’s next? While we’re not sure where she’ll head, Lyons will remain a creative adviser at the company through this year. Somsack Sikhounmuong, head of women’s design, will take over as chief design officer.

“Jenna and I got together and we both agreed it was time for a change,” J.Crew Chief Executive Millard “Mickey” Drexler told BoF. “That being said, she’s got plans to do other things. It’s been a great run. There’s a lot of mutual respect between Jenna and me.”

Lyons shared similar sentiments. “It has been beyond my wildest dreams to work with such an amazing team of people at such an incredible brand and alongside Mickey—one of retail’s most talented visionaries,” Lyons said in a statement. “I am excited about the next chapter for J.Crew as well as the opportunity for other creative leaders within the organization to step up and take on new responsibilities. Having spent the better part of my life with J.Crew, I feel an immense pride and love for everyone at the company.”

No one represented the J.Crew brand better that Lyons, who was best known for her signature thick-rimmed black sunglasses and her unapologetic love for fashion. In 2015, Lyons penned an essay for Lena Dunham’s Lenny Letter, explaining that her love for clothing extends as far back to her teenage years when she learned to sew.

It’s an end of an era indeed. 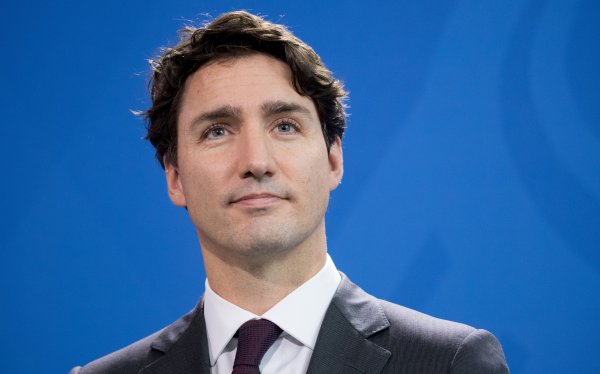 Justin Trudeau and His Kids Had the Perfect Rainy Day
Next Up: Editor's Pick