50 Years Ago This Week: Why the Presidential Campaign Starts Earlier Than Ever

Yes, it was still the spring of 1967. But it was already time to start talking about the election that would happen in November of 1968—”at least six months ahead of what I’ve been accustomed to,” former Republican National Chairman Len Hall told TIME.

What was going on?

In the face of President Lyndon Johnson’s struggles with Vietnam, Republican Party hopefuls of all stripes (notably Richard Nixon and George Romney, though other names thrown around included Ronald Reagan and Nelson Rockefeller) thought they might have a chance at the big political prize. And, though Democrats still swore their loyalty to the incumbent, “Vice President Humphrey and Bobby Kennedy plan to be around in case the President is not.”

Seen from the distance of 50 years, a lot of the assumed political wisdom is noteworthy mostly for just how wrong it was. Johnson’s candidacy was “a foregone conclusion” and Nixon was “the longest of all G.O.P. long shots.”

But at the same time, coalitions once considered stable (the labor vote, for example) were shifting and the desires of low-income white voters were seen as a potential spoiler for predictions. In other words, some of the analysis holds up to the half-century of distance — or seems newly relevant.

A new tactic: An update on the Vietnam War noted that U.S. forces were finding that it was effective to marry their patrols—formerly mostly a reconnaissance tool—with surprise back-up. Enemy forces would think they were ambushing a lonely group patrol and quickly find they were wrong. Though the concept was proving effective at leading to enemy casualties, it was also dangerous, and TIME noted that it was also increasing American casualties.

Legal question: As artificial insemination and the use of sperm donations became more common, the U.S. was confronting a new legal issue. Were children thus conceived automatically considered the legitimate children of their mothers’ husbands? At the time, most cases seemed “to rule in favor of illegitimacy, whether the husband gave his consent or not.” Today, though the issue may seem resolved in the U.S., in fact the question continues to make news, especially in light of consideration of whether the laws that extended those parental rights also apply to same-sex couples.

The golden age of air travel: Recognizing the more airlines were competing to offer what was essentially the same service—getting from here to there—carriers were upping their perk game, the magazine reported. The results ranged from the Gold Rush-themed flights to Alaska, complete with “in-flight announcements sung to Calamity Jane lyrics,” to the marketing of sexy stewardesses who were “taught to treat a passenger’s kiss or casual caress ‘with humor.'”

Great vintage ad: Here’s a full page paid for by the coal industry, attempting to make the case that coal shouldn’t be a big concern of those who are worried about air pollution. To be fair, the argument—that if you want to completely stop air pollution, your problem is a lot bigger than coal—is true.

Coming up next week: Report from Brazil 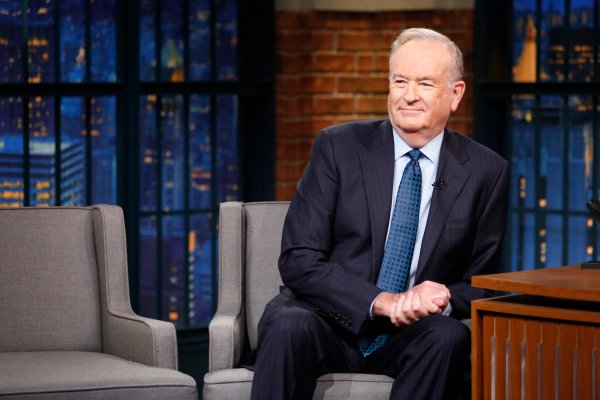 Fox to Investigate Sexual Harassment Claim Against O'Reilly
Next Up: Editor's Pick