A Donald Trump Impersonator Is Getting His Own Comedy Central Show

President Donald Trump has provided rich fodder for late night comedy, and a new show is taking the president’s influence on the genre to another level.

The fake president will be joined regularly by “Vice President Mike Pence”, who is played by former Colbert Report writer Peter Grosz.

“Laughing at the President is a proud American tradition and we hope not to disappoint anyone in that department,”Atamanuik said in a statement.

The latest Trump impersonator joins a cabal of actors and comedians who have mimicked the president’s quirks for laughs including Meryl Streep, Jimmy Fallon, and most famously Alec Baldwin on Saturday Night Live.

In a clip released by Comedy Central, Atamanuik nails the impersonation claiming the “failing” network “begged” him to do the show. “And I would get incredible ratings, some of the best ratings. Huge ratings. Great ratings, ok?” 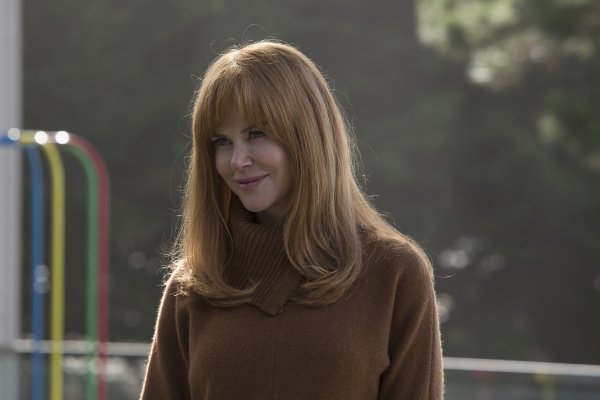 Nicole Kidman on the Triumph of Women in the Big Little Lies Finale
Next Up: Editor's Pick