The vote marks the latest hurdle Gorsuch needs to clear ahead of being confirmed for a spot on the Supreme Court, but it’s hardly the last. Senate Majority Leader Mitch McConnell said a final vote for Gorsuch will come by this Friday, but some 36 Democrats have either said or hinted that they would filibuster the nomination this week.

McConnell told Meet the Press that Gorsuch will be confirmed this week, but how it happens depends on how many Democrats are “willing to oppose cloture on a partisan basis to kill a Supreme Court nominee.”

McConnell has the option of changing the rules of the Senate so that the nomination could pass with a simple majority, or 51 votes — a change often referred to as the “nuclear option.” 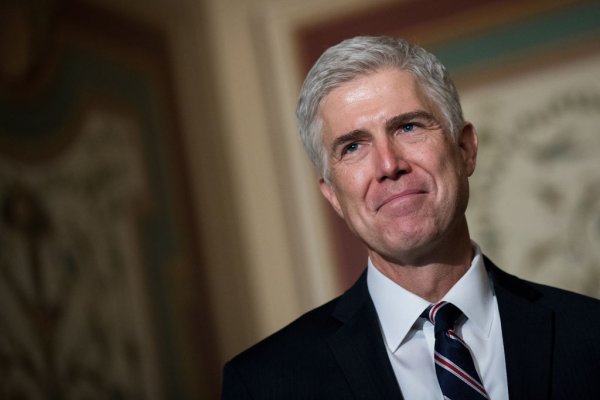