At least 10 people are reportedly dead in Russia after an explosion on a St. Petersburg subway train this morning. The cause of the blast and the number of people injured are not immediately clear.

President Donald Trump and Egyptian President Abdel-Fattah el-Sissi will meet at the White House today. The two world leaders are expected to discuss issues that include plans to defeat ISIS. Separately, Trump said in a new interview that the U.S. is prepared to handle North Korea with or without help from China.

More than 200 people have died and hundreds more are missing after a mass of mud, water and debris swept through Mocoa, a city in southern Colombia, over the weekend. Many of the casualties were children, according to the Associated Press.

A custodian at a shrine in Pakistan is accused of killing 20 worshippers.

At least one Georgia man has been charged in connection with a fire that caused a bridge in Atlanta to collapse.

New laptop bombs could beat airport security, according to a report. 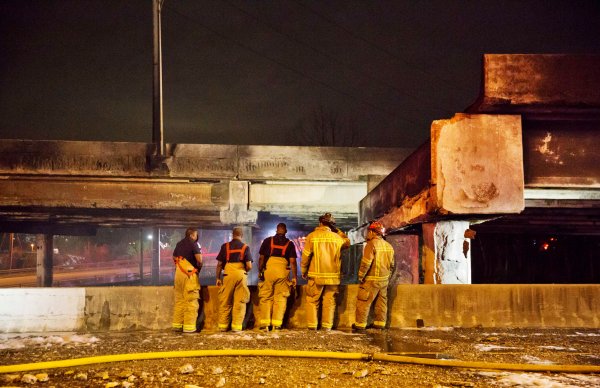