(LONDON) — British police said Monday they had arrested nine people after a “brutal” attack on a teenage asylum seeker involving a group of up to 20 assailants in south London.

Detectives, who are treating the incident as a hate crime, said the 17-year-old Kurdish Iranian boy was left with serious head injuries after the attack shortly before midnight on Friday as he waited at a bus stop with two friends near a pub in Croydon.

“It is understood that the suspects asked the victim where he was from and when they established that he was an asylum seeker they chased him and launched a brutal attack,” said Detective Inspector Gary Castle.

“He sustained serious head and facial injuries as a result of this attack, which included repeated blows to the head by a large group of attackers.” The teenager remains in hospital in a serious but stable condition which is not believed to be life-threatening, police said. Officers said they had made nine arrests with eight remaining in custody and have also released pictures of three more people they wish to identify.

“Whilst arrests have been made, we now know that a large number of people, approximately 20, were involved in the attack on the victim,” Castle said.

In a tweet after the attack local lawmaker Gavin Barwell described those responsible as “scum” while London Mayor Sadiq Khan vowed the perpetrators would be brought to justice. 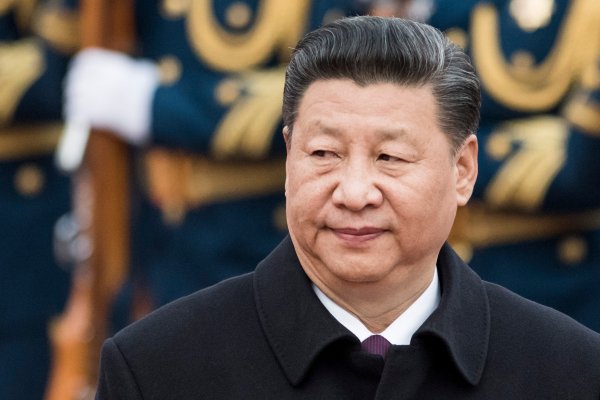 Xi Jinping Set for Difficult Meeting With President Trump
Next Up: Editor's Pick