Marijuana, or as John Oliver calls it, “catnip for people,” has been legalized for recreational use in eight states, while 44 states now have some form of medical marijuana law. However, those state laws are at odds with federal government regulations, potentially setting them on a collision with the Trump administration in a crackdown spearheaded by Attorney General Jeff Sessions. That potential conflict earned the attention of Last Week Tonight on Sunday.

A recent study shows that 60% of Americans now favor legalization of the drug. “Marijuana is something we’ve just all gradually decided is okay, like Mark Wahlberg as a serious actor,” said Oliver. However, thanks to Richard Nixon — or as Oliver calls him, “the Mozart of racially motivated law making” — marijuana is classified as a Schedule 1 drug alongside methamphetamines and cocaine. It’s a classification that Oliver seems to believe is ridiculous, saying that weed is a Schedule 1 drug the same way “hedgehogs are apex predators.”

There are a few bills making their way through the House of Representatives that could re-classify the drug, but until that happens, federal law still considers marijuana to be illegal, which can cause trouble for medical and recreational marijuana users even in states where weed has been legalized.

According to Oliver, it’s high time for the federal laws to be updated. 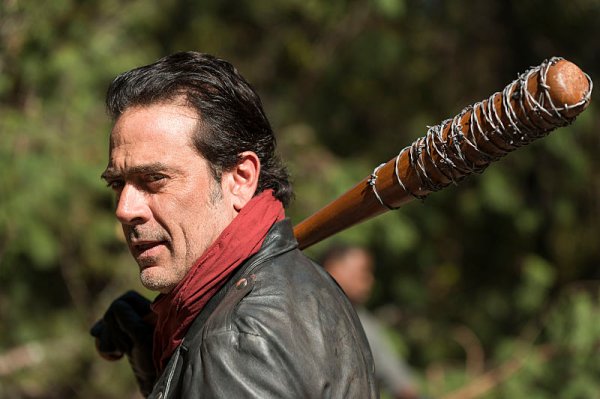 A Major Death Threw Negan for a Loop in The Walking Dead Finale
Next Up: Editor's Pick