A man from Huntsville, Ala., survived after he was shocked by 110 volts of electricity while sleeping with his iPhone charging in his bed.

Wiley Day’s dog-chain necklace acted as a conductor for electricity when it hit his iPhone charger and extension cord while he was asleep on March 22,the Washington Post reported. The 32-year-old was treated for second- and third-degree burns, the paper reported.

When he was jolted awake, Day fell to the floor and felt his eyesight fading, according to the Washington Post. “Your body is numb at that point,” Day told the Post. “I guess people would think it would be burning, but in my case I felt a whole lot of pressure around my neck.”

The jolt was “the eeriest, darkest, most demonic thing you could ever experience,” he told the Post.

Day was eventually able to rip his necklace off his neck and drove himself to the hospital for treatment.

“He is lucky to be alive,” Benjamin Fail, a physician from Huntsville, Ala. told WAAY TV. “Electrocution kills.”

Day now charges his iPhone in his kitchen and is warning others not to charge their electronics in their beds as he did for so long, the Post reported

“From my experience to others, it is not worth your life charging your electronics in bed,” he told the Post. “I mean, it’s not worth it. I wouldn’t wish what happened to me on my worst enemy.” 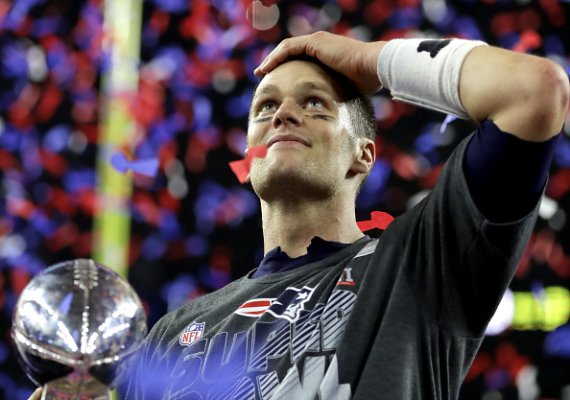 Tom Brady Definitely Didn't Get Traded to the Buffalo Bills
Next Up: Editor's Pick