Apple anticipated that iPhone users may try to mess with Siri, its voice-command feature for the mobile device, on April Fools’ Day.

So when users ask Siri “What are you doing today?”, they will likely get a variety of responses including “Just bein’ a fool. A fool for your requests.”

In the past, pranksters have re-programmed Siri to prank friends and family. As the technology site Apple World Today reported in 2015: “Change Siri’s language options so she (or he) will speak in a different language by going to Settings > General > Siri > Language. Change the language to something unique and wait for the look of confusion the next time they ask Siri to ‘Read me my texts.'”

Apple has been known to program Siri to be attuned to the zeitgeist. For instance, it has a cheeky answer to the question “Is Jon Snow Dead?” posed by fans of HBO’s Emmy award-winning show Game of Thrones.

Below are other replies that jokesters may get for April Fools’ Day: 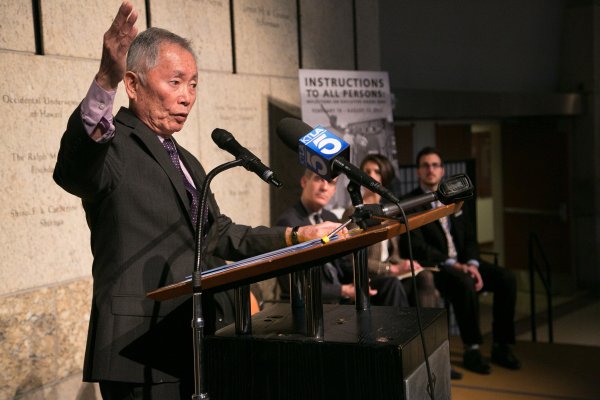 George Takei Said He's Running for Congress. But It Was Just a Joke
Next Up: Editor's Pick