The Fastest Way to Squash Anxiety

When people are anxious before getting surgery, doctors and nurses often tell them to take slow, deep breaths with long exhalations. It may seem like an inadequate way to quell anxiety, but in many cases, it actually works.

Now scientists describe why deep breathing, including the breath-focus of meditation, can induce such calm and tranquility. In a paper published in Science, researchers led by Mark Krasnow, a professor of biochemistry at Stanford University, found that in mice, a group of nerves in the brain that regulates breathing has a direct connection to the arousal center of the brain. In other words, breathing can have a direct effect on the overall activity level of the brain.

In the study, the group was trying to isolate the different types of neurons and their various effects on breathing. Using a genetic technique, they silenced specific neurons to see what breathing function was disturbed. Their first experiment seemed like a failure when the researchers manipulated one set of neurons, yet the mice didn’t show any changes in their breathing. “We were very disappointed initially,” says Krasnow.

They put aside that experiment and moved the manipulated animals to a new cage environment. But that’s when they noticed something novel. Normally, moving mice makes them nervous and obsessive about exploring their new surroundings. But instead of sniffing and running around, the mice with the changes in their breathing center seemed to “chill,” says Krasnow. They continued their at-rest behavior: grooming themselves and hanging out without a need to urgently investigate their new surroundings.

It turns out that Krasnow had disrupted a set of nerves with a direct line to the brain’s arousal center; these nerves can either tell the brain there’s an emergency and set off the body’s alarms, or keep the brain on an even keel, maintaining a sense of calm. This is the change that happens when breathing slows down, says Krasnow. “This liaison to the rest of the brain means that if we can slow breathing down, as we can do by deep breathing or slow controlled breaths, the idea would be that these neurons then don’t signal the arousal center, and don’t hyperactivate the brain. So you can calm your breathing and also calm your mind,” says Krasnow.

Breathing, in other words, can change the mind, or the state of the mind.

So why do some people still feel anxious after a few deep inhales and exhales? It’s possible that their genetic variations mean they have a dulled response to this cluster of nerves responsible for regulating breathing, so that it takes more than conscious deep breaths to switch the brain from an aroused to a calm state. In those cases, having something like a drug or other intervention to specifically target the right group of breathing nerve cells and control its activity might be needed. That’s where Krasnow hopes the work will lead: to a way to better control the calming effect that deep breathing can have on the brain. In the meantime, he says, don’t dismiss deep breathing as a way to combat stress and anxiety. There’s now a scientific explanation for why it works. 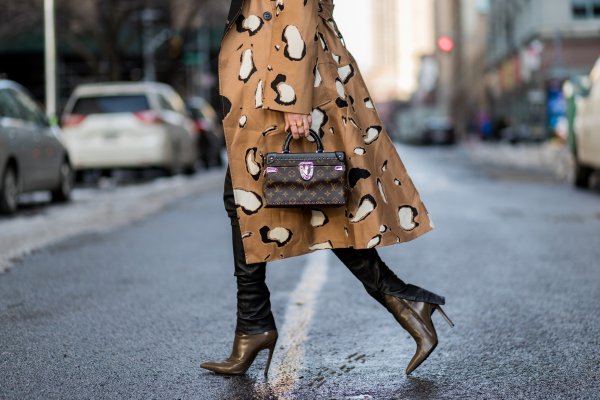 5 New Ways to Style a Spring Trench Coat
Next Up: Editor's Pick