One hockey fan was in for an exciting surprise when the kiss cam panned to him and his girlfriend during Wednesday night’s Grand Rapids Griffins game at Van Andel Arena.

In a video posted by the Griffins’ YouTube page, the couple shares a smooch as the message, “Anthony, will you marry me?,” appears on the jumbotron, prompting the young woman to get down on one knee. The surprised Anthony is visibly overjoyed and quickly accepts her proposal.

According to KHOU, the bride-to-be later commented on YouTube to relay the story behind the romantic moment. “I am the woman in the video,” she wrote. “Our relationship has been over the course of almost seven years and he proposed after our third year and had a break up going into our sixth year. I proposed this time showing him I know he is the one for me and I want to spend the rest of my life with him. Keep negative comments to yourself please, thank you! Have a blessed day!”

Comments have since been disabled on the video. 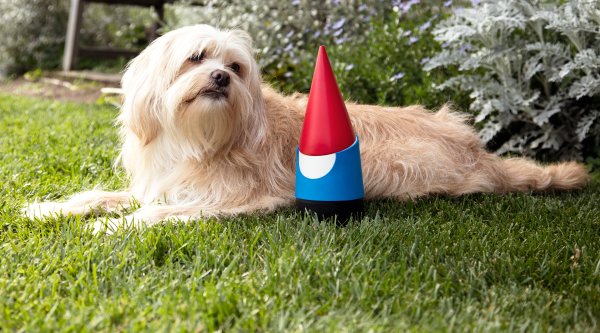