The Trick to Picking Healthier Snacks: A 25-Second Delay on Vending Machines

Delaying access to high-calorie food in vending machines can encourage people to make healthier snack choices, according to a new study funded by the National Institutes of Health.

Preventive medicine experts at Chicago’s Rush University Medical Center developed a new vending machine system to test out whether introducing a 25-second delay on less healthy snack items, with a delivery countdown displayed on an LED screen, would lead individuals to change their snack choice to a healthier — and quicker — option.

The team found that introducing a delay did shift some people’s choices and led to them purchasing a less desired but healthier snack. Overall, the delay yielded a 2-5% increase in the proportion of healthy snacks that were purchased from the machine.

“Having to wait for something makes it less desirable,” said Brad Appelhans, a clinical psychologist at the Rush University Prevention Center and lead investigator of the study. “Research shows that humans strongly prefer immediate gratification, and this preference influences choices and behavior in daily life.”

Healthy eating interventions, including removing unhealthy options from vending machines altogether, have been tried and tested, but previous research shows that totally restricting the option reduces the machine’s profits that are relied on by the institute or organization it is placed in. 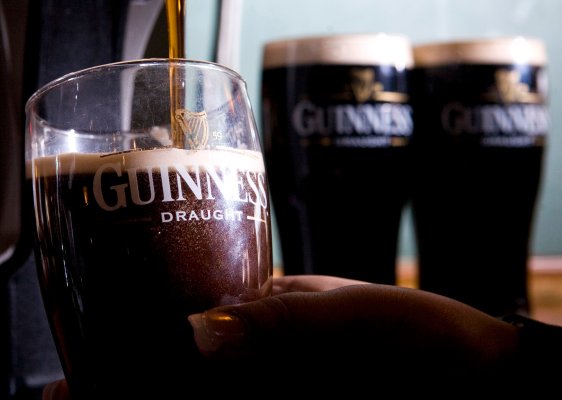 Here's How You Can Spend a Boozy Night in the Guinness Storehouse in Dublin
Next Up: Editor's Pick