An American woman injured in the London attack whose husband was killed in the violence says she’s continuing to heal.

“Getting stronger every day!” reads an update on the couple’s GoFundMe page, alongside a photo of Melissa Cochran standing on crutches. Cochran sustained multiple injuries including a broken leg and rib in the March 22 violence on the Westminster bridge. Her husband, Kurt Cochran, was one of four people who died in the attack.

“Talking with loved ones at home is some of the best medicine,” reads another post with an image of Cochran smiling and talking on the phone in her hospital bed.

The GoFundMe page, which says the funds will go towards Cochran’s regular monthly expenses and loss of income, had raised more than $75,000 as of this writing. 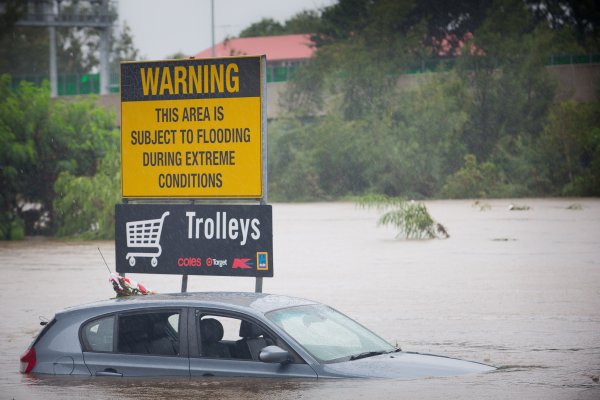 Rising Flood Waters Displace Tens of Thousands in Australia
Next Up: Editor's Pick