President Donald Trump said in his inaugural address: “We’ve defended other nation’s borders, while refusing to defend our own.”

For decades, NATO has been an organization where the U.S. disproportionately spends our blood and treasure. The other NATO countries have largely hitched a ride to the U.S. train that subsidizes their defenses and allows them to direct their revenues to domestic pursuits.

Adding a country with fewer than 2,000 soldiers to NATO is not in our self-interest. There is no national security interest that an alliance with Montenegro will advance. If we invite Montenegro into NATO, it will be a one-way street with the U.S. committing to defend yet another country.

Those who want to allow Montenegro into NATO believe that unless the whole world joins NATO, Russia will conquer the world. The truth is, as always, more complicated.

During the Cold War, the myth of Russian might was endlessly circulated here at home and the effect was the production of endless munitions and ever-expanding debt. The Cold War ended and the Soviet Union failed, not because our military might overcame them but because their economic system was fundamentally flawed and our economic system outlasted them.

Now, we are told we must fear the Russian Bear once again. But if you look closely you will see that Russian aggression around the world, particularly among the former Soviet satellites, is an attempt to mask a weak economy that runs the same risk of over-extension. Without question, Russia is an adversary, a country that ignores international norms and does not respect the territorial integrity of its neighbors. But Russia is weak because of corruption, oligarchy and human rights abuses. If Russia continues on this path, they may well encounter the same cataclysm that brought down the Soviet empire.

This debate today is not just about Montenegro but about NATO expansion in general. The same cheerleaders for admitting Montenegro also recklessly pushed to admit Ukraine and Georgia; if they were still members, we could right now be at war with Russia.

From the very beginning, our republic was founded with a deep suspicion of entangling alliances. Our founders wanted to do everything possible to avoid the chronic wars of Europe, where, for centuries, kings from one nation fought their brothers or cousins in other nations. The endless, meaningless wars of fratricide continued even into the 20th century.

Washington wrote that “our true policy is to steer clear of permanent alliance with any portion of the foreign world.” Jefferson famously wrote, “peace, commerce, and honest friendship with all nations, entangling alliances with none.”

In modern times, such military heroes as President Eisenhower opposed intervention in Hungary, even when the naked aggression of the Soviets was appalling. Eisenhower likely had no real opportunity to militarily intervene before 200,000 Soviet troops with 4000 tanks rolled into Hungary. But at least part of the decision was a realpolitick decision that risking a nuclear confrontation with Russia did not justify war.

Fast forward to today. For 16 years the US has been at war in the Middle East. Our justified response to the attacks of 9/11 has dragged on and on. The vote Congress made to authorize military force against the planners and attackers of the World Trade Centers is now used to justify all military action anywhere around the world.

That vote is now used to justify war around the globe in dozens of countries. It is a lie and a disservice to our young men and women in uniform to have them fight under false pretenses. No active war involving the U.S. anywhere around the globe has been approved by Congress.

Our unrestricted, un-voted upon involvement in war everywhere informs my opposition to expanding NATO. Everyone likes to talk of NATO’s Article 5 obligation to come to the defense of any NATO ally that is attacked. Many in Congress believe that Article 5 of the NATO alliance farms out the power to declare war to an international body.

David Fromkin put it this way: “If it is now agreed by treaty that an attack on a… NATO ally is deemed an attack on the United states, then it can be argued that the President is empowered without Congressional authorization to send us war.”

This is the crux of the debate: Congress abdicating its role in declaring war.

So, NATO. Should we expand it? Perhaps what we should do is make it clear that the NATO treaty is not a blind, open-ended promise to go to war anywhere and everywhere.

I continue to believe and will advocate for always having an official vote in Congress before we declare war. 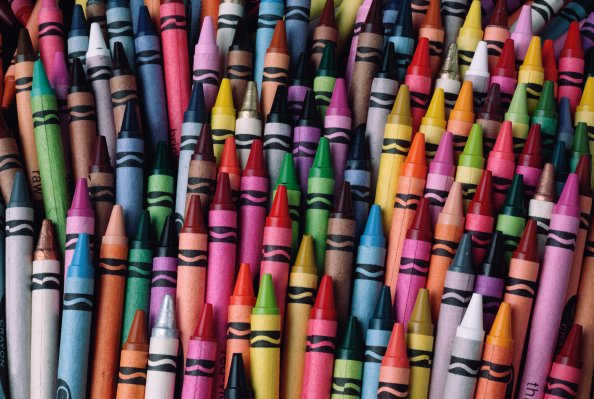 The Day the Crayons Quit Author on What Crayola’s New Color Should Be
Next Up: Editor's Pick