In addition to being the ultimate wedding crasher and a staunch Twitter enthusiast, Tom Hanks also has the White House anecdote to top all others.

According to Hanks, he and his wife Rita Wilson were at the White House for the dedication of the WWII Memorial, which happened in 2004, where they ran into Bush who was in his workout clothes, en route to the gym. After meeting the Hanks, Bush decided to give them an impromptu personal tour of the White House, including the Rose Garden where they encountered an unfortunate surprise.

“I swear to God, there was a dead black bird laying in the grass,” Hanks said. “He picks up the bird with his bare hands, and says ‘That’s a shame…we get these all the time in the ranch’… threw the black bird in the bushes.”

With a story like that, it’s not hard to imagine why it remains Hanks’ favorite White House memory. 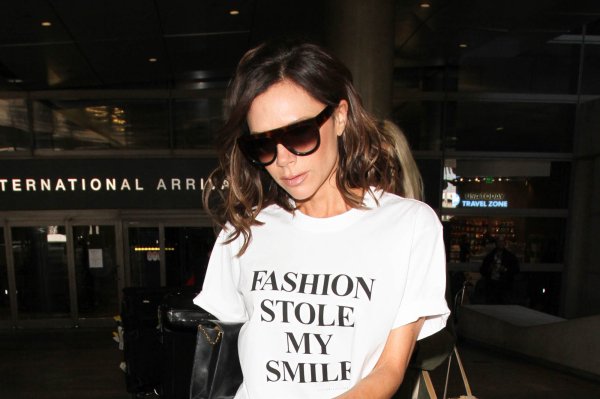 Victoria Beckham Just Made Fun of Herself in the Best Way Possible
Next Up: Editor's Pick