Vanna White on Her Playboy Cover: 'I Did Something I Shouldn’t Have Done'

Looking back on her decades in show business, Wheel of Fortune hostess Vanna White said one thing she still regrets is posing for a lingerie shoot that landed her on the cover of Playboy.

White opened up about how the photos, which were published in 1987, generated instant controversy and nearly caused her to lose her job as the letter turner on the game show — a title she’s now held for more than three decades.

“I said, ‘I made a mistake, I’m sorry and I just hope I don’t lose my job over it,'” she said Wednesday in an interview with Fox News. “Fortunately, I didn’t. I could have, you know? I did something I shouldn’t have done.”

She explained that she posed for the cheeky photos, which show her leaning out of a window in a long-sleeved top and no pants, back in 1982 — shortly before she got the gig on Wheel of Fortune that same year.

“When I first moved to Hollywood, I was too embarrassed to ask my dad for rent money,” White said. “So, I did these lingerie shots and from the moment I said I would do them, I thought, ‘I shouldn’t be doing this, but I’m not going to ask my dad for money, so I’m just going to do it!’ Once I got Wheel of Fortune and some fame, Hugh Hefner then bought those pictures.”

White sued both Playboy and Hefner in an attempt to minimize the cover’s impact on her image, according to The Washington Post. Both suits were eventually dropped.

The 60-year-old host said she still enjoys her job and hopes to “continue doing it for as long as I can.”

But even after 35 years on the show, she’s still not sure what has contributed to its long-term success. “It’s just one of those things that every once in a while, everything falls into place,” she told Fox. “It’s just a half hour of family fun with no bad news.” 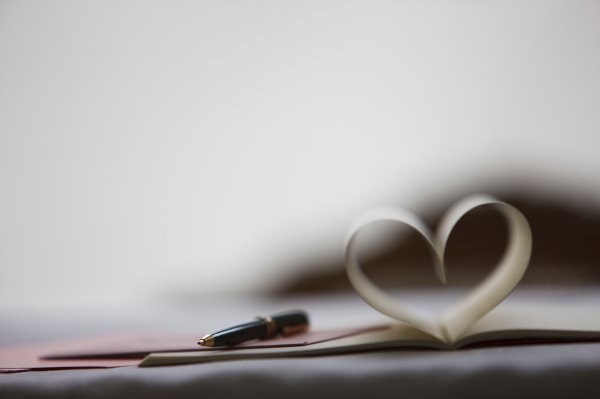 Writing Romance Novels Is a Feminist Act
Next Up: Editor's Pick