“I shouldn’t say this, but her poll numbers have gone through the roof last week,” Trump said at a women’s empowerment panel on Wednesday. “What was that all about? Through the roof. She has to give us the secret, Mike. Right?”

While Trump’s approval ratings have fallen since he became president, Melania Trump’s have increased. Fifty-two percent of Americans say they have a favorable view of the First Lady, according to a recent CNN/ORC poll. Thirty-one percent viewed her unfavorably, and 23% of Americans never heard of her.

That’s an increase from a 36% approval rating ahead of her husband’s inauguration.

The President’s approval ratings hit a new low this week, falling to 35%. That’s below the all-time lows of former Presidents Barack Obama (38%), Bill Clinton (37%) and Gerald Ford (37%), according to Gallup. 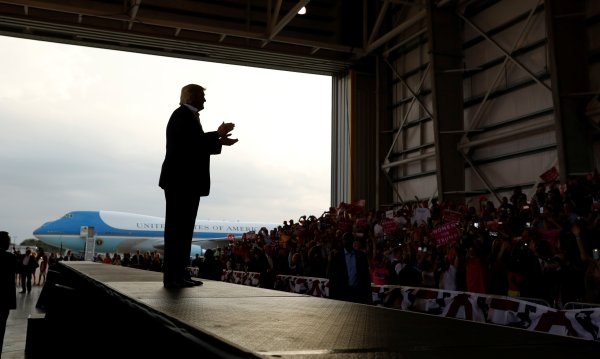