Turkey's Erdogan Threatens a Breakup With the E.U.

Turkey’s President Recep Tayyip Erdogan is running out of insults. The Germans, he insists, are “Nazis” and the Dutch are “fascists,” all because they blocked Turkish officials from campaigning in their countries for Turkey’s upcoming referendum. More than 2 million Turks living in Europe are eligible to participate in the April 16 ballot that will determine whether Turkey should move from a parliamentary to a presidential system, giving Erdogan more power. Austria and Switzerland have also blocked Turkish rallies, angering Erdogan.

The E.U. has responded with caution to Erdogan’s attacks, but its leaders might well find it ironic that these slights come from a man who rules under an extended state of emergency. More than 40,000 Turks have been arrested in response to the failed coup attempt in July 2016, and Turkey has become the world’s biggest jailer of journalists as Erdogan cracks down on dissent.

Yet the E.U. continues to maintain the fiction that Turkey might one day gain membership to its club. To join, a would-be member must meet requirements in 35 areas, known as chapters. A unanimous vote of every E.U. leader is needed to open a chapter, and another to close it. In almost 18 years of formal candidacy, Turkey and the E.U. have opened 14 chapters. Just one has been closed.

If Turkey became a member, the E.U.’s borders would extend to Syria, Iraq and Iran. It’s not hard to see why European voters wouldn’t want that. Turkish membership would also allow 80 million Muslims to move freely across E.U. borders. That’s hardly the direction European politics is headed.

Nevertheless, talks continue. E.U. officials say they want to encourage reform in Turkey, but there’s little chance that Germany, France, Austria or Greece will allow it to join the bloc in the foreseeable future. Knowing this, Erdogan has moved Turkey toward a more autocratic kind of reform. Now the President, eager to impress Turkish voters with his defiance against a perceived global elite, is threatening to break off political ties with the bloc, and possibly abandon the E.U. bid altogether.

That should worry Europe, which has much invested in keeping the status quo. The E.U. is currently paying Turkey large sums to house Middle Eastern migrants rather than passing them along to Europe, with promises of more rapid accession to sweeten the deal.

But the charade that Turkey will one day join the E.U. is becoming increasingly transparent, with populist Islamophobes making inroads across the Continent. Europe’s willingness to play this cynical game threatens to isolate further a country that E.U. leaders once hoped to reform.□ 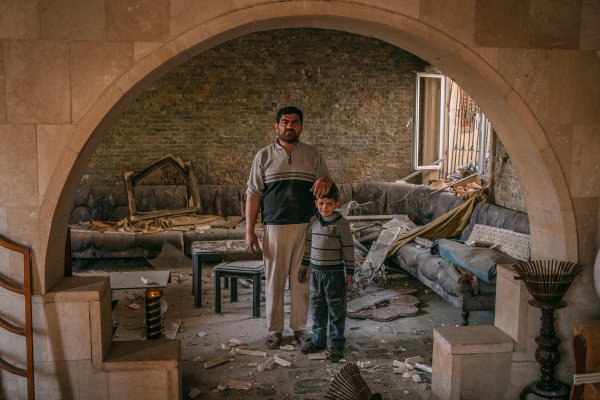