A Simple Solution for Clean Power

Illustration by Peter Greenwood for TIME
By Justin Worland

In an otherwise empty lot near San Diego, two dozen trailers jammed with 400,000 batteries are part of an experiment that could revolutionize clean energy. If it works, the batteries would solve a key problem with wind and solar power–namely, that one works only on blustery days and the other when the sun is out. Developers say the batteries will store excess energy for later use, allowing power providers to rely less on fossil fuels as a backup.

Energy experts are optimistic, as are the many investors with a stake in the sector. “Networks care about reliability,” says Logan Goldie-Scot, an energy-storage analyst at Bloomberg New Energy Finance. “Energy storage is being viewed by network operators as a potential tool in their toolbox, and that hasn’t been the case up until now.”

This kind of energy storage would be a game changer for the growing list of cities that have pledged to source all their electricity from wind and solar in the coming decades. Until now, that goal was considered not only lofty but also practically unattainable.

Now all eyes are on San Diego’s pilot program, the most expansive one to date. It’s operated by San Diego Gas & Electric, which already gets more than one-third of the electricity it provides from renewable sources like wind and solar. The batteries store enough electricity to power 20,000 homes for four hours. If all goes according to plan, the program will show utilities that going 100% renewable can be more than a pipe dream. 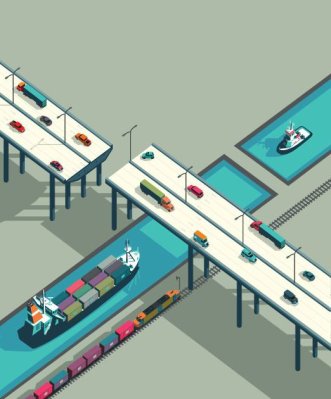 What Will it Take to Rebuild America?
Next Up: Editor's Pick