The Hunger Games and Divergent film series have ended, and yet 13 Reasons Why, a new show on Netflix adapted from Jay Asher’s hit young-adult novel, proves that dystopia remains as compelling as ever. Its characters may not be fighting a repressive regime or discovering new powers within, but they are struggling to find their place on a scorched earth of sorts.

The 13-episode series has a familiar conceit: its narrator is dead, having committed suicide. The late Hannah (Katherine Langford) left behind a set of cassette tapes discovered by a sympathetic classmate, Clay (Dylan Minnette). Hannah is at once a born storyteller, conveying her grudges with a raconteur’s flair and endless self-aggrandizement. These tapes are full of narrative hairpin turns. As a result, there’s a toxic thrill to 13 Reasons Why.

The show depicts Hannah as taunted and isolated, only finally saying in death what she’d been too constrained to say in life. One sees easily how her shift in voice–troubled introvert giving way to avenging angel–worked for so many readers and appealed to show creator Brian Yorkey, a Pulitzer-winning playwright (for the mental-health-themed musical Next to Normal). 13 Reasons also gets brutally right the empty sympathy, tinged with drive-by curiosity, that bystanders to tragedy often demonstrate. Hannah’s classmates loudly mourn her once she’s gone, but their kindness might have saved her.

This may leave parents a bit queasy, though. Hannah’s death is portrayed as the ultimate revenge, a message that seems ill-advised. Her pain, with its themes of slut-shaming, feels contemporary. But the cruelty of her world, populated by clueless adults and nasty kids, can be gratuitous. If this was really Hannah’s life, she may be well rid of it–a chilling thought.

Amid all the rancor, 13 Reasons‘ performances stand out. Minnette manages to beautifully portray a young man’s growing awareness of other people’s humanity. And Kate Walsh and Brian d’Arcy James are heartbreaking as Hannah’s parents coming to terms with how little they knew about their daughter’s inner life. This story is sure to be devoured by teens who respond to its dark themes. But it could use a bit more leavening, acknowledging the reasons why life can be something more than apocalyptic. 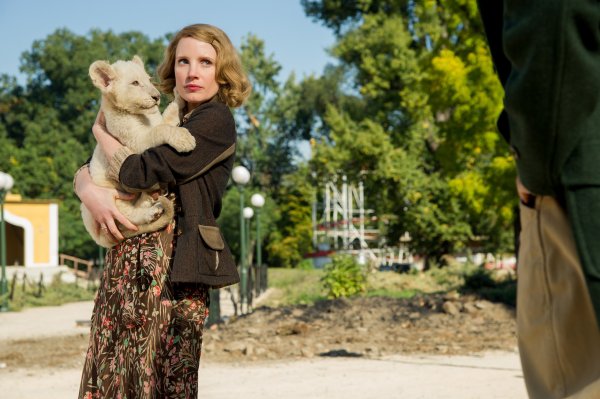 A Radiant Jessica Chastain Helps The Zookeeper’s Wife Shine
Next Up: Editor's Pick