New Books Explore How a Faith Changed the World

It’s a lesson apt for a book about faith: Things happen for a reason. The waves of conservative Protestant influence that have swept American life at various points in history have often seemed to come out of nowhere. The emergence of the Christian right’s political influence in the 1970s, for example, just as experts said religion was losing its place in U.S. culture, was shocking. But in her new major work on the subject, The Evangelicals: The Struggle to Shape America, historian Frances FitzGerald (who won a Pulitzer in 1973 for Fire in the Lake) shows how the origins of these booms are discernible from afar. Her book makes the case so well, it leaves readers with the feeling that we should all be paying closer attention.

The Evangelicals, as zippy as a 752-page history can be, starts in the 18th century with a new style of worship spreading in a new nation. But it’s not until the turn of the 20th century, as evangelicals make a concerted effort to apply their specifically American faith to the reform of a secular country, that things heat up. If you remember the Scopes monkey trial from high school and are tempted to skim FitzGerald’s bit on that 1920s dispute, don’t. It was never as simple as how or whether to teach evolution in public schools, and FitzGerald’s examination of why is a highlight.

Understanding the mechanisms that shift evangelical ideas into secular politics sheds insight beyond the church — from the post–World War II years when men like Billy Graham came on the scene at just the right moment to spread the good word, and on to the post-’60s backlash that created the modern Christian right, with its nostalgia for a “quasi-mythological past” when “America was a (white) Christian nation.” Which brings us to today. Although FitzGerald’s coda on Donald Trump’s victory has a tacked-on feel in an otherwise masterful narrative, her explanation of evangelical support for his campaign — which puzzled many — reads as essential. FitzGerald illuminates how a decades-long relationship between the Christian right and the Republican Party (later joined by the Tea Party) coalesced into what looks like a mutually inextricable bloc.

That intersection of divine belief and the earthly fact of politics is also at play in another new book, Alec Ryrie’s Protestants: The Faith That Made the Modern World. Five hundred years ago this October, Martin Luther posted his 95 theses in protest of the Catholic Church’s practices, so there is ample material for Ryrie’s broad-strokes look at the many ways the many versions of Protestantism have made a difference in the world — and how the world has made a difference to them, evangelicalism included. Luther was a special man, but his global context was the reason he was able to survive what could have been seen as execution-worthy heresy, and why Protestantism endured.

Ryrie is a historian but also a preacher — his faith at times peeks out, and he has a homilistic knack for keeping all his threads woven together, even when individual elements threaten to get away. One moral of Protestants is that attachment to political issues has tended to leave Protestant movements “running out of steam” religiously. That may be true, but it’s more clear than ever that they leave their mark. 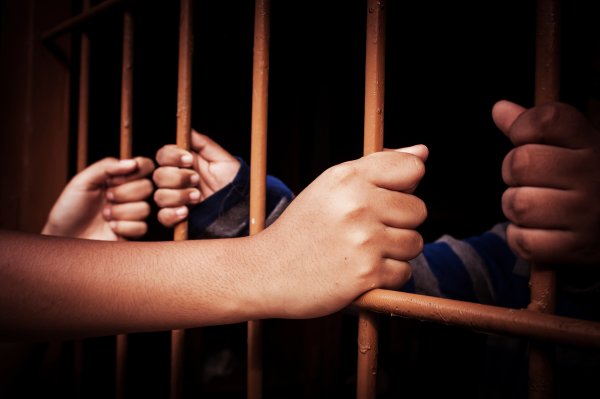 We Should Educate Incarcerated Juveniles
Next Up: Editor's Pick