It’s Time to Modernize the Skies

High up in airport control towers and in darkened tracking facilities, a technological revolution is set to take your next flight into the 21st century.

Known as NextGen, the joint Federal Aviation Administration (FAA) and aviation-community program to modernize the skies is sidelining radio technology, which has been largely unchanged since the 1940s, and replacing it with GPS. The $30 billion–plus, multi-decade program marks a high-tech leap for the National Airspace System, the network of people, procedures and equipment that takes your plane from gate to gate.

The fixes aren’t sexy. They are measured in seconds and gallons of jet fuel saved and CO[subscript 2] emissions prevented. But they add up to the most comprehensive investment in the backbone of the nation’s skies in history.

For decades air-traffic controllers have had to leave miles-long spacing between airliners, trading a level of efficiency for safety and technical reasons. The old radar system works only within line of sight, updates only every 5 to 12 sec. (a lifetime for planes flying at over 500 m.p.h.) and suffers from increasing ambiguity the farther a plane gets from the ground-based antennas. Aviation-grade GPS, augmented by the FAA’s ground-based sensors, provides planes with positional certainty within a 5-m box, and the new system gives controllers updates every second. This means flights can be safely spaced more closely together.

Another component will begin in 2020: planes flying in highly congested airspace around major airports will be required to use Automatic Dependent Surveillance Broadcast, which supplements traditional radar with a far-more-accurate satellite-based position. The shift to GPS also allows the use of more direct flight paths, in many cases replacing complex or circuitous routings.

Approach and landing procedures, which help guide planes to runways, have been updated to use GPS waypoints that shave minutes off flights. It’s also the technology that will clear the way for autonomous flights, keeping the latest drones out of the way of passenger aircraft and one another.

In 2015 the FAA reached full deployment of en route automation modernization (ERAM)–the foundation of all NextGen programs–which enables controllers to precisely guide planes on descent using minimal fuel and eliminating many of the frustrating “racetrack” holds loathed by travelers. ERAM also allows controllers to more accurately predict future traffic and the effect of inclement weather, which is why planes are now more likely to hold on the ground–where they burn less fuel and pollute less–than in the air. The FAA estimates that NextGen programs saved 170,000 tons of CO[subscript 2] emissions in 2014 alone.

From the start, the FAA knew it couldn’t singlehandedly fund the cost of the program, which it estimates to be $35.8 billion through 2030 (of which about $20 billion will come from the government). Planes need to be updated, airports modernized, and controllers, dispatchers and pilots trained. Still, there is a reason it’s hard to find critics of the program. (The most serious are those who live under the new, shorter flight paths.) One FAA study puts the estimated benefits of NextGen at $160.6 billion through 2030, including a reduction of 2.8 billion gal. of fuel.

“For our operations, NextGen means less time sitting on the ground and holding in the air,” FedEx CEO Fred Smith testified before Congress on Feb. 1. “NextGen procedures can shave minutes off flight time, which translate into money saved.” And it works for passengers too. 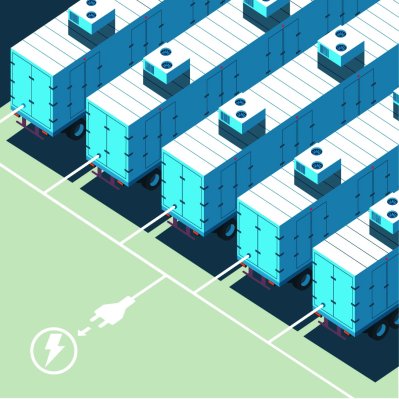 A Simple Solution for Clean Power
Next Up: Editor's Pick