A Florida woman admitted to holding a Mexican woman in captivity for two years, forcing her to perform housework and injecting her with syringes containing her boyfriend’s sperm

Esthela Clark, 47, pleaded guilty to a single count of forced labor in federal court on Monday, according to court documents obtained by People. The Jacksonville woman faces up to 20 years in prison for paying $3,000 to have the victim smuggled across the border with the mission of serving as Clark and her boyfriend’s surrogate.

The victim — who is not named in the documents — was promised $4,000 to go through with the pregnancy but was told the process would be overseen by medical professionals, according to the court records.

The documents show that the victim told federal agents that Clark forbade her from leaving her Jacksonville apartment because the neighborhood was dangerous and the woman would “most likely be killed” if she went outside.

Clark injected the victim with semen that was extracted from the condoms Clark and her boyfriend would use when having sex. The victim was sometimes injected three or four times a day, and when she failed to become pregnant after nine months of attempted insemination, Clark began to abuse to victim, forcing her to clean the condominium, have sex with two strangers “through threats of force and coercion,” and limiting her diet to a ration solely consisting of beans, which caused her to lose 65 pounds, according to the documents.

Clark was indicted in 2015 on charges of bringing in and harboring aliens, sex trafficking of children, forced labor and furthering slave traffic. 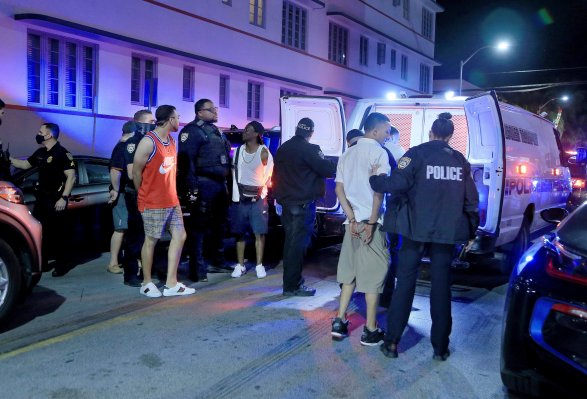