Love doesn’t always lift us up where we belong, a ‘disastrous’ arial duet between James Corden and Kristen Bell proved on last night’s episode of The Late Late Show.

The pair were performing a heartfelt rendition of the throwback classic, “Up Where We Belong,” when they experienced some technical difficulties. When the duo chimed in with the chorus, Bell was whisked upwards – in keeping with the song’s lyrics – while Corden remained firmly on the ground.

After expressing his irritation, Corden was eventually lifted too – but as he ascended, Bell found herself descending back down. “We’re supposed to be even!” she jokingly cried, while Corden somehow managed to keep a straight face.

Remarkably, the performance continued while the crew ‘attempted’ to level the two stars. “We can fix it in post [production] can’t we?” Corden laughed as he was finally returned to the floor. 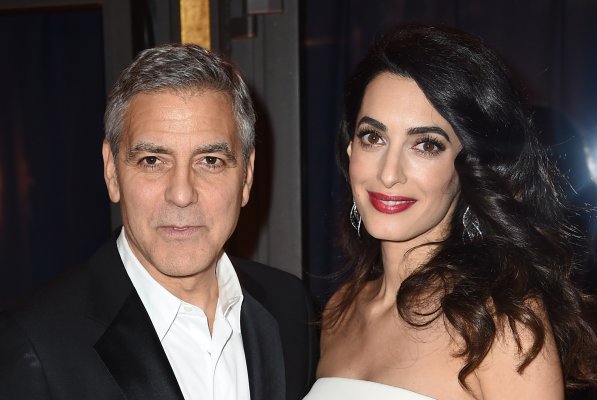 Amal Clooney Won't Let George Name Their Twins After His Tequila Company
Next Up: Editor's Pick