Members of the UNHCR attend to migrants rescued at sea by the Royal Navy warship HMS Bulwark, on June 08, 2015 in Catania, Italy.
Simone Genovese—Barcroft Media via Getty Images
By Zamira Rahim

There may be as many as 146 people “dead or missing” after a shipwreck in the Mediterranean Sea, according to a statement from the United Nations High Commissioner for Refugees (UNHCR).

The UN agency stated that the boat, which departed from Libya, had an estimated five children and multiple pregnant women on board when it took on water. A 16-year-old boy who clung on to a fuel tank is thought to be the shipwreck’s sole survivor. The agency interviewed the boy after a Spanish ship found and rescued him.

This is the latest refugee to boat to capsize in the Mediterranean, according to a report by the Italian Coast Guard. A high numbers of passengers, poor quality boats and nighttime journeys have all contributed to the increased number of shipwrecks.

The UNHCR said it was “deeply saddened” by the incident and added this latest wreck is evidence that “saving lives at sea must remain the key priority for all.” 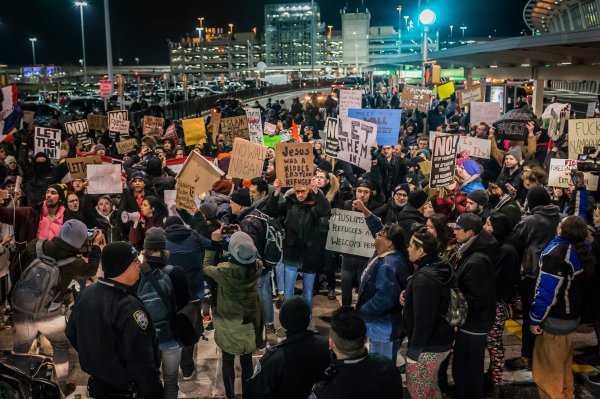 Trump’s Muslim Ban 2.0 Is Just as Inhumane — and Even More Frightening
Next Up: Editor's Pick