Portuguese footballer Cristiano Ronaldo stands near a bust of his likeness during a ceremony to rename Madeira's airport after him on March 29, 2017. Right: The bust that was revealed.
Francisco Leong—AFP/Getty Images; Octavio Passos—Getty Images
By Raisa Bruner

International soccer star Cristiano Ronaldo is known for his fancy footwork on the field—and model-worthy looks off of it. A bronze statue crafted in his famous likeness and unveiled at the renaming ceremony of a Portuguese airport on Wednesday, however, is raising eyebrows for its questionable portrayal of the athlete.

Portugal’s Aeroporto da Madeira, now known as Cristiano Ronaldo Airport after the remote island’s blockbuster export, according to The Telegraph, played host to Ronaldo himself during Wednesday’s honor. But the internet was quickly captivated by the bizarre bronze bust situated just behind him. Although apparently meant to pay tribute to Ronaldo, its toothy grin is not winning it many fans. Instead, it’s generating plenty of jokes, memes, and head-shaking.

This artistic criticism follows in the footsteps of the Lucille Ball tribute statue in New York, proving that perhaps bronze is not the most forgiving of materials when it comes to celebrity portraiture.

UPDATE: On Thursday, the 40-year-old self-taught sculptor Emanuel Santos defended his smiley work of art, informing thousands of online critics that he followed the international soccer star’s vision to a tee.

“It’s impossible to please the Greeks and the Trojans, and even Jesus couldn’t please everyone … It’s a matter of taste and not as simple as it seems,” the 40-year-old artist said about his bust according to Reuters.

“He only asked for some wrinkles that gave him a certain expression in his face when he’s about to laugh to be changed,” Reuters reported he said, quoting the forward’s interview with Globo Esporte. 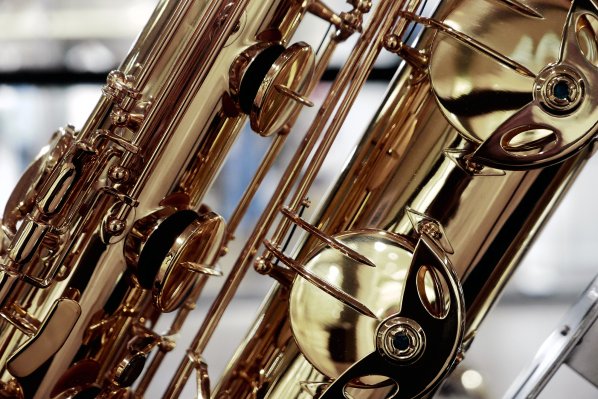 Meet 'Sax Bae.' the Drake-Covering Musician Who the Internet Can't Stop Crushing On
Next Up: Editor's Pick