By Lily Rothman and TIME Video

President Donald Trump has reportedly decided not to throw out a ceremonial first pitch to start the 2017 baseball season — skipping a ritual that President Obama once said was one of the more stressful tasks a president faces. But, though the tradition dates back more than a century, it began, as so many traditions do, as a one-off idea that could have easily been forgotten by history.

In 1955, Sports Illustrated explained how it all went down:

Taft was an notable baseball fan himself, and said that he hoped that having the “temporary first magistrate” — the president, that is — at a game would encourage other Americans to enjoy such “healthy amusement.” But Sports Illustrated reported that, up until that point in 1955, President Wilson had been the biggest fan of the game and President Harding — who had once owned a team — “displayed the only real Presidential fireball.”

The tradition has not continued uninterrupted for 107 years — for example, as Josh Leventhal writes in his history of baseball, it hasn’t always seemed appropriate in times of tragedy: the 1912 pitch was thrown by the Vice President rather than Taft himself because the Titanic had only just sunk, and FDR skipped the game during the World War II years. Some presidents have chosen to throw the pitch for only some of their years in office, and Jimmy Carter opted to do so for the World Series rather than Opening Day.

Over the years, the norm evolved from a toss from the grandstand to an on-the-field throw.

But one thing has remained the same over the years — a phenomenon that the Washington Post put into words in 1953 when Eisenhower almost missed Opening Day, Sports Illustrated reported. Having the President there to throw out that pitch may not matter for the score, but, “It lets the entire nation know it is now time to play ball.” 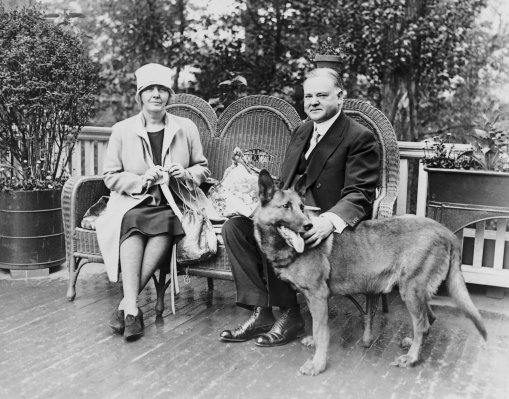 These Rare Presidential Home Movies Are Now Available Online
Next Up: Editor's Pick