Uber Employs a Greater Percentage of Women Than Apple or Facebook

Uber signage is seen as an employee sits in the entrance of the ride-hailing giant's office in Hong Kong on March 10, 2017.
ANTHONY WALLACE—AFP/Getty Images
By Polina Marinova / Fortune

All eyes are on Uber’s diversity report today.

After facing a barrage of criticism for not releasing its diversity numbers, the ride-hailing company pledged to do so for the first time since its inception in 2009.

On Tuesday afternoon, Uber published a report detailing its employee demographic composition. While its diversity numbers aren’t particularly surprising, the tech giant is faring slightly better than Facebook and Apple.

Women make up 36% of Uber’s global workforce, whereas Facebook and Apple were both at 32% female representation last year.

Uber reports that no Black or Hispanic employees hold leadership positions on the technical side. “This clearly has to change—a diversity of backgrounds and experience is important at every level,” the report says.

Calling the report “a clear-eyed assessment,” Uber’s head of HR Liane Hornsey wrote in a blog post that while the company is late to release these numbers, it has made a step toward a more inclusive culture.

Uber is taking further action towards making its culture more diverse and inclusive. The company announced Tuesday that it’s pledging $3 million over the next three years to support organizations working to bring women and underrepresented groups into tech. It will ramp up its presence at recruiting events around the country and continue its outreach to Historically Black Colleges and Universities and Hispanic Serving Institutions.

The company also vowed to continue to “speak out against discrimination.” Fifteen percent of Uber’s employees in the U.S. have a work visa and come from 71 different countries, according to the report.

The diversity report comes several days after Uber CEO Travis Kalanick met with Rev. Jesse Jackson to discuss diversity and inclusion. “Creating a more diverse and inclusive company is a top priority and it starts with releasing our demographic data, which we will do very soon,” Kalanick said in a statement emailed to Fortune following the meeting.

Uber has been embroiled in a number of scandals since January, including sexual harassment allegations made by a former female engineer. Kalanick launched an urgent investigation into the claims, led by former U.S. Attorney General Eric Holder. A total of seven high-level Uber executives have left the company since the scandal first broke. The investigation is expected to conclude by the end of April, at which time its results will be made public. 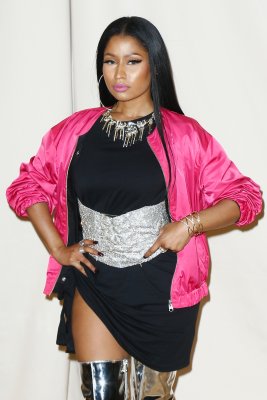 Nicki Minaj Just Made Her Fashion Model Status Official
Next Up: Editor's Pick